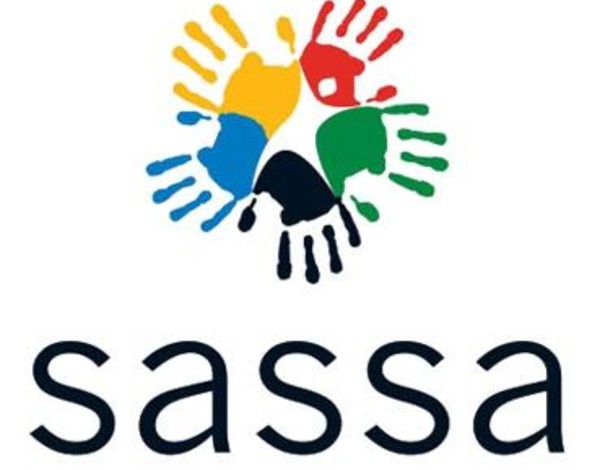 A report by RAiN, filed with the Constitutional Court, argues that Cash Paymaster Services, the company that used to pay social grants, understated its profits.
Image: GroundUp

Cash Paymaster Services (CPS), the company contracted by the South African Social Security Agency (Sassa) to pay social grants until 2018, might have to pay back about R1bn in profits according to the report of an independent auditor submitted to the Constitutional Court.

The court ruled in 2014 and again in 2017 and 2018, after the CPS contract had been extended twice, that CPS had no right to benefit from an “unlawful” contract. The court ordered the company to file audited statements of expenses, income and net profit to Sassa for each period. Sassa then had to get an “independent audited verification” of the CPS statements and file this with the court.

On behalf of CPS, accounting firms KPMG and Mazars prepared a report for Sassa suggesting that CPS made profits of about R252m in the period from April 2012 to September 2018, taking into account a substantial loss (nearly R557m) in the last six months of that period.

But in their own detailed 162-page report, the accountants consulted by Sassa, RAiN, argue that CPS bulked up its expenses and therefore understated its profits by a huge R843m for the period. RAiN estimates that CPS actually made profits of R1.095bn — not R252m — over that time.

Former Sassa head Edward Makiwane and other top government officials appeared in the Kimberley Regional Court on Wednesday on charges of fraud and ...
News
1 year ago

RAiN’s report flags several incidents where CPS overstated costs, redistributed profit from CPS to parent company Net1, or said costs were “under the contract” which in fact were incidental to the Sassa contract.

The RAiN report was handed to the National Treasury in October 2019. The Treasury has approved the report, and expressed a concern about the “quality of the audit work” done by KPMG and Mazars.

Here are some of the problems flagged by RAiN:

In 2014 CPS charged Sassa a one-off fee of R306m to re-register social grant beneficiaries. Corruption Watch took the matter to court, and the High Court and then the Supreme Court of Appeal ordered CPS to repay the money.

CPS has now claimed more than R277m in staff costs of the re-registration process. But RAiN estimates that though CPS did have to take on additional staff for the process, the cost did not come to more than R93m at most.

Most of the money Sassa paid for re-registration, says RAiN, was in fact paid over by CPS to Net1 as “InterCompany Royalty fees”. These royalties — paid to Net1 as the owner of the social grants payment technology — suddenly jumped from about R6m a month to R198.7m in May 2014 (about the time of the re-registration). Then it settled at about R25m a month before jumping again to R117m in June 2017. The payment in May 2014 was “clearly funded by the Sassa payment” of the re-registration invoice, says RAiN. In other words, the money was channelled straight to Net1.

“Net1 received a major benefit from the Sassa contract, with R1,732,435,238.28 being transferred to the holding company over the contract period. For this reason we submit that an isolated scrutiny of CPS’s finances will not provide a true reflection of the profits accruing to the group arising from the Sassa contract.”

“We believe that the royalty fees provided an opportunity to redistribute ‘profits’ from CPS to Net1.”

Noting that CPS has claimed not to have the funds to pay back the R306m the courts have said must be paid to Sassa, RAiN suggests that “the claim could be directed to Net1, as the funds were effectively paid over to them”.

Income “not under contract”

RAiN says legal costs resulting from an investigation into Net1 in the US amount to about R96m. But this expense should be carried by Net1 “to defend its reputation” and not CPS, says RAiN.

RAiN says it is important to separate expenses incurred by CPS from those incurred by Net1 because “ ... there is a significant incentive for the group to minimise CPS profits, after the Constitutional Court ruling that the company may not benefit from an irregular contract (introducing the risk that it may order profits to be repaid), the risk of improperly inflating expenses, thereby reducing profits, is heightened.”

RAiN also questioned the validity of the R107.4m in retrenchment costs claimed by CPS. Most of this — R106.5m — was claimed for the initial period, but did not feature in CPS’s own financial statements at the time, said RAiN. “We are satisfied that the expense claimed for the initial period of R106,587,400 was not incurred at the time, as claimed, and dispute the expense.”

RAiN also disputed the retrenchment calculation itself, suggesting that “even if it had been paid, it was inflated for purposes of this report”.

RAiN also disputes the “retainer fee” of R63.1m and the “service fees” of R255m paid by CPS to BEE (BEE) partners Global Retriever Product Sourcing, run by businessman Brian Mosehla, and Born Free Investments, run by Lunga Ncwana, both of whom have been linked to former Minister of Social Development Bathabile Dlamini.

“The services to be rendered in terms of the agreement are relatively vague,” says RAiN. In addition, though Ncwana did have a “historical association” with CPS, the owners of Global Retriever “appear to have no historical affiliation with the group, nor do they have any apparent links to the industry operated by CPS. They have been subjected to media reports linking them to prominent politicians, including the erstwhile Minister of Social [Development], under whose auspices Sassa operates.”

The retainer fee was “not under the contract”, says RAiN, and nor was the service fee paid to Global Retriever, which was linked to Net1 and not to CPS. Instead of R255m for service fees, only R143.5m should have been charged, said RAiN.

The RAiN report is scathing about the way KPMG accounted for the costs of a 2014 BEE transaction as R118.7m. In that year, Net1 offered shares at a discount of R20 to the trading price of R80 to two empowerment partners, promising to buy the shares back if the price dropped below R60 or exceeded R120 and lending R246m to buy the shares.

KPMG was tasked with valuing the cost of the transaction and came to the sum of R118.7m in a report dated 1 August 2014. Yet before the KPMG report was published, the share price had risen to more than R120 a share. As a result, says RAiN, the empowerment partners were able to sell more than enough shares to settle their loan and were in fact left with “significant additional shareholding, unencumbered by any financial liabilities”.

So the KPMG report had become irrelevant, CPS did not have to pay the R118.7m (though the sum had been recorded in its books). RAiN says: “As the settlement of debt was financed by the increase in share value, it was not an expense borne by Net1 or CPS. Accordingly, the charge of R118,635,900.17 was not an actual expense.”

And the RAiN accountants go on to slam KPMG: “We express our criticism of KPMG where they issued their valuation report, at the time when they knew, or ought reasonably to have known, that the report had become irrelevant and fatally inaccurate.

“We also express our criticism to CPS in processing the transaction as an expense ... where no such cost had been incurred.”

“Finally, we once again criticise KPMG in its audit of the income received and expenses incurred, for not repudiating this fictitious charge.”

All in all, says RAiN, CPS has overstated its expenses during the initial contract and during both extensions of the contract, by a total of more than R843m. This means, RAiN says, that the actual profit made by the company from the Sassa contract is not R252m but R1.095bn.

If there is litigation against CPS on the basis of this report, the company might have to pay back the money.

Documents referred to in this article

Every month an elderly woman called Nanna (surname withheld) pays R70 to have a taxi drive her around the mountain from Genadendal to Caledon before ...
News
2 years ago

Cash Paymaster Services (CPS) will have to comply with a Pretoria high court order last year to repay R316m to the SA Social Security Agency (Sassa).
News
2 years ago