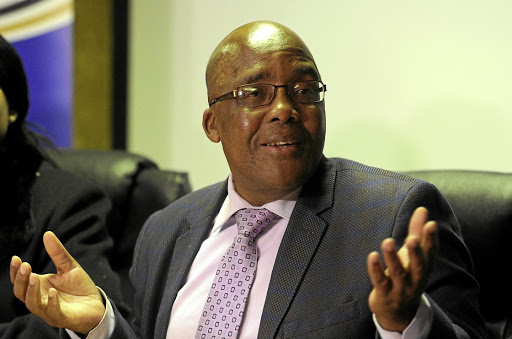 More than 10,000 people were refused entry to SA over the festive season from December 1 until January 13.

This was revealed by home affairs minister Aaron Motsoaledi on Tuesday.

The minister was revealing festive-season traveller movement statistics during a press briefing on the progress made in establishing a Border Management Authority (BMA) Bill, held at the Imbizo Media Centre in Cape Town following the passing of the bill by the National Council of Provinces (NCOP).

“The main reasons for refused movements during arrival and departure include travellers on our risk engine [those involving lost and stolen passports and travellers previously declared undesirable], expired passports, insufficient documentation and fraudulent documentation,” said Motsoaledi.

Vast infrastructure requirements and poor roads, lack of fencing and the proximity of informal trading are some of the challenges faced at the ...
News
2 years ago

Motsoaledi said 18,127 travellers were declared undesirable during the festive season due to overstaying the period permitted on their visa.

The National Institute for Communicable Diseases (NICD) has run tests on 61 people in South Africa for the novel coronavirus, with all of those tests ...
News
2 years ago

Last week, the portfolio committee on home affairs deliberated on the amendments made by the NCOP when it passed the BMA bill in December.

“What is now left is for the National Assembly to consider the amendments made and process the bill further,” said Motsoaledi.

The proposed legislation will provide for the establishment, organisation, regulation, functions and control of the BMA.

The minister said that whenever they mention border control in the form of an instrument like the BMA, many people unfortunately immediately associate it with a mechanism to stop people from coming to South Africa.

“It is important for us as a country to keep on reminding ourselves that there is a common security issue worldwide in border control."

The BMA is expected to facilitate and manage the legitimate movement of persons within the border law enforcement area and ports of entry.

Motsoaledi said it was the department’s considered view that the bill will improve services efficiencies at the ports, through integrated operations.

“It will improve the way South Africa handles border management, thus to assist the country in delivering on regional mechanisms vital for the envisaged integration and free-trade area for our beloved continent, Africa,” he said.

More than 140 people were arrested in cross-border operations conducted simultaneously by 28 countries in southern and eastern Africa between ...
News
2 years ago

The department is looking at incremental establishment and roll-out of the BMA to designated ports of entry and key segments of the land borderline. These ports include Oshoek, Lebombo, OR Tambo International Airport and the Port of Cape Town.

He said the BMA project management office has also developed a deployment plan for border guards, which will stop people from illegally crossing into SA. This deployment focuses on the hotspots that have already been identified.

The department of home affairs deployed 404 additional staff between December 3 and January 8 to ensure the smooth facilitation of the movement of people and goods during the period.

“The festive season ranks among the peak periods, exerting additional strain on resources while posing security risks for South Africa and the six countries with which it shares borders," said Motsoaledi.

“Statistics on traveller movement are an important indicator of how busy our ports are and how efficient we process movements at our 72 ports.”

Motsoaledi said his department learnt during the festive season that illegal migration resulting in undocumented migrants remains a serious challenge.

“In this regard, a joint approach, collaboration and integrated operations with government departments and agencies proved their efficacy and thus pointed to the urgency of setting up a Border Management Authority.”

One of South Africa's top trade negotiators has emerged as the new secretary-general of the African Continental Free Trade Area (AfCFTA) agreement ...
Politics
2 years ago

Home affairs minister Aaron Motsoaledi said on Monday the Kopfontein border post between SA and Botswana was running smoothly ahead of Christmas Day.
News
2 years ago