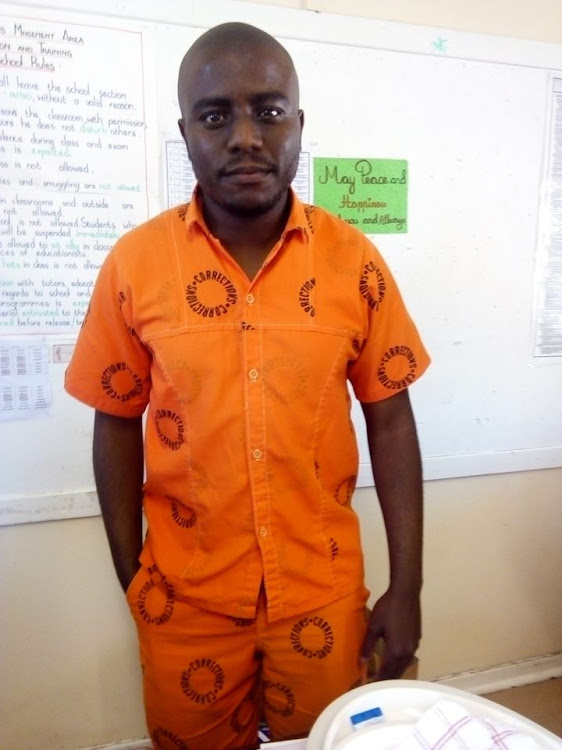 An Mdantsane man who was jailed for eight years for rape walked out of St Alban’s Prison in Port Elizabeth recently after spending two years inside for a crime he did not commit.

The rape conviction ended 27-year-old Osiphesona Ngcanga’s life as an assistant lecturer of law at Nelson Mandela University (NMU) and as a maritime law master's student.

He was found guilty by Port Elizabeth magistrate Nolitha Bara of raping a “drunk and unconscious” commerce student at a 21st birthday party on February 11 2017 in Kabega Park, Port Elizabeth..

The judges found Bara had applied a “misdirected approach”.

In their judgment, they said Ngcanga and the woman had been seen by one of six witnesses dancing together, laughing, flirting, kissing and talking to each other outside a party attended by 17 people, many of them students.

Alcohol was consumed at the event.

One witness said the woman’s friends had disapproved and kept calling her back into the house, but she had repeatedly returned to Ngcanga of her own accord, the judges found.

It was alleged the victim was raped while sleeping in a car outside the party venue.

The judges found that the evidence of a key state witnesses, who herself was drunk, to be unreliable and contradictory.

They said during cross-examination, upon being pressed about the complainant’s drunken state, the witness said the complainant was “not drunk to the extent that she would stagger and fall”.

The judges found that “on the whole, a reading of her testimony does not inspire confidence that it is reliable”.

The judges also found that the evidence of a further two state witnesses was unreliable and inconsistent.

Rugunanan said: “The magistrate’s overall approach to her evaluation of the evidence, and particularly the credibility findings in favour of the state witnesses, clearly overlooked the material shortcomings and discrepancies in their evidence and ... fell short of the onus.”

The judges said the law was clear that consent was absent if a victim was unconscious, asleep or under the influence of alcohol to the extent that the victim’s consciousness or judgment was adversely affected.

They said no evidence was produced to prove that “four glasses of wine and the mix of vodka and Coke consumed by the complainant caused her judgment or consciousness to be adversely affected”.

“Given that it was the complainant’s own evidence that this quantity of alcohol was not excessive, I think the mere consumption falls far short of proof beyond reasonable doubt that there was a diminution or impairment of her faculties in a sense that her sensibilities were either dulled or that she had an exuberant or over-optimistic frame of mind which caused her to take risks.”

Speaking to DispatchLIVE from, Ngcanga said all he wanted was to register at NMU to finish his master's degree.

He added that at the time of his conviction he was serving as deputy president of the Golden Key International Honours Society and had been invited to conferences in Boston, Atlanta, Paris, New Orleans and Dubai.

The NPO was founded in 1977 to recognise academic achievement among college and university students.

“I am also talking to my lawyers to see if the state can compensate me for the two years I spent in prison for a crime I did not commit.”

A University of Fort Hare student was stabbed to death on the Alice campus on Saturday morning.
News
1 year ago

A 24-year-old female student at the University of Fort Hare has been arrested in connection with the death of her “close friend”, a male student at ...
News
1 year ago