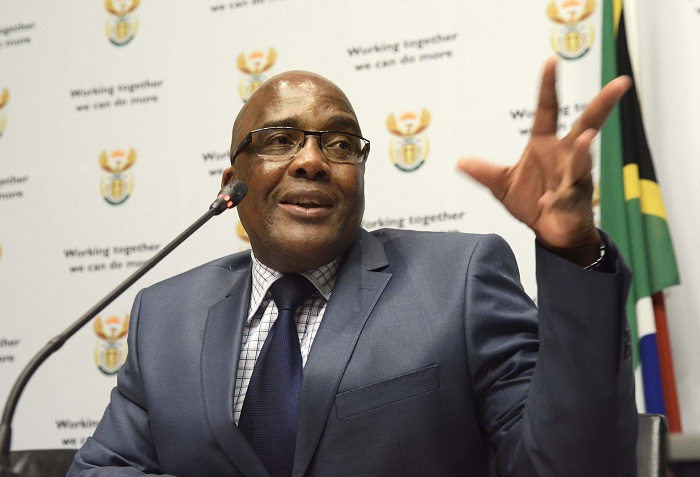 The government is working on a scheme to develop six, one-stop border posts with its neighbours to ensure greater efficiency in the movement of goods and people.

Priority will be given to the Beitbridge border post connecting SA and Zimbabwe, which is the gateway for most of the land-based trade with the rest of Africa. This border post, the biggest, has long been plagued by lengthy delays, some lasting up to two weeks, which are extremely costly for business.

More than 10,000 people were refused entry to SA between December 1 and January 13, home affairs minister Aaron Motsoaledi revealed on Tuesday.
News
1 year ago

Investment in infrastructure will be required to develop these border posts and five consortiums have already been shortlisted by the department of home affairs to undertake the work. They are SPG-CHEC JV, CSCEC Imbani Consortium, Border Post Consortium, Hlanganani Consortium and Fastport Consortium, which are made up of major construction and engineering firms.

“We need the private sector. We don’t have the money as the state,” the minister said. The winning consortium will earn money from levies imposed on passing freight traffic, but Motsoaledi believes business will accept this if it means heightened efficiency at the border posts.

“The master plan for the development of Beitbridge has been finalised and we are in the process of appointing a service provider. The service provider will come from one of the five consortiums that were approved in 2018. These consortiums are made up of construction companies and related professional services such as engineering firms. After that, the department will finalise the contracting arrangements before construction starts. This development will be funded on the basis of a 20-year concessionaire.”

The minister said that at Beitbridge, for instance, there will be separate lines for trucks, taxis, private vehicles and pedestrians, which will require construction work. It is also possible that a wider bridge will have to be constructed. Some of the buildings at the other border posts need to be revamped.

“The ports [of entry] will be developed in partnership with the private sector through public-private partnerships, and with our neighbouring countries,” Motsoaledi said.

The development of one-stop border posts will take place alongside the establishment of the Border Management Authority under the department of home affairs. This authority will oversee and co-ordinate the work of numerous government departments at the border posts, with the exception of Sars, which will continue to collect customs duties independently.

The Border Management Authority Bill is being processed by parliament.