Lotteries commission silent on COO's 'leave of absence' amid allegations 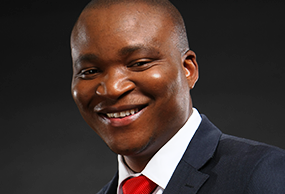 TimesLIVE has seen a communication from lotteries commission head Thabang Mampane telling staff that COO Philemon Letwaba, pictured, is on “leave of absence”. However, the commission will not confirm this.
Image: National Lotteries Commission

The National Lotteries Commission has refused to confirm a DA claim that it has given leave of absence to its COO amid an investigation into alleged improper use of funds.

Dean Macpherson, the DA spokesperson on trade, industry and economic development, said on Wednesday that Philemon Letwaba had taken “voluntary leave with immediate effect until 1 March 2020”.

TimesLIVE has also seen an internal communication from commission head Thabang Mampane, dated Monday, advising staff that Letwaba is on “leave of absence”.

In 2017, the department of co-operative governance and traditional affairs (Cogta) was well aware of allegations concerning its R4-billion-a-year ...
News
2 years ago

The COO’s departure from commission headquarters in Pretoria follows the appointment of audit firm SkX Protiviti to investigate claims in a series of news reports that lottery cash has been paid to NGOs linked to Letwaba’s relatives.

Commission spokesperson Ndivhuho Mafela told TimesLIVE on Thursday: “The NLC is engaged in a formal process led by SkX Protiviti (formerly known as Sekela Xabiso) that has been communicated to the public. 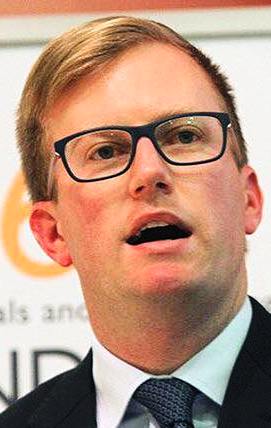 “We are of the view that the process should be allowed to proceed without compromising its credibility and integrity.”

Mafela did not answer a question about whether Letwaba’s leave was linked to the SkX Protiviti investigation.

Macpherson said the COO’s leave of absence was “a step in the right direction”, but would have no meaning unless trade and industry minister Ebrahim Patel was “prepared to get his hands dirty and tackle the rogue board at the NLC”.

The DA spokesperson wrote to Patel on January 22 asking him to fire the board and place the commission under administration because of its failures to “stop the rot” highlighted in articles written by Raymond Joseph and published by GroundUp.

“The big question is, what is the minister so afraid of when it comes to fighting alleged corruption in the NLC?” said Macpherson.

Commission chair Ntshengedzeni Nevhutando said on February 3 that the appointment of SkX Protiviti “serves to reassure those who may have concerns to report of the independence of the process”.

The investigators can be contacted at lotteriesanonymouse@skxproviti.co.za or 0860 123 772.

Outa has claimed that millions disbursed by the National Lotteries Commission (NLC) has failed to reach its intended beneficiaries.
News
2 years ago

A 39-year-old man who stayed with his in-laws is planning to buy his dream home to stay with his family after winning a whopping R55 million ...
News
3 years ago

A school in Vuwani in Limpopo that was rebuilt less than two years ago with a R28.3 million Lotto grant is falling apart because of structural ...
News
3 years ago