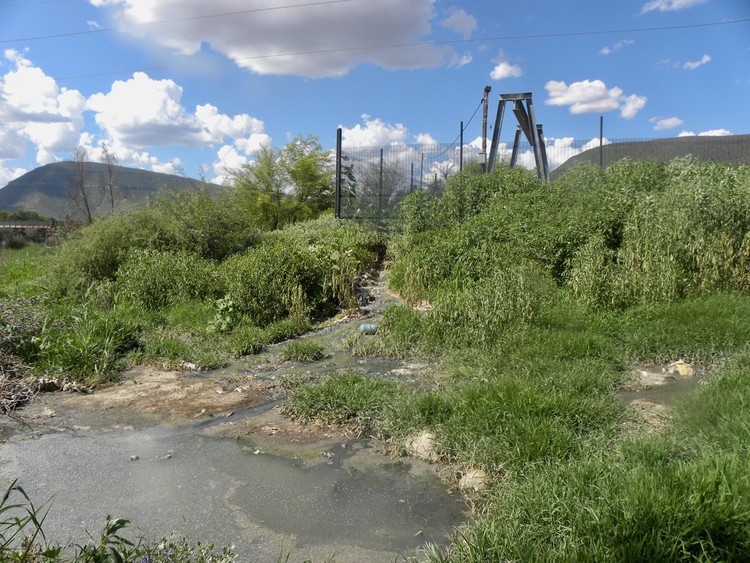 Raw sewage from a municipal sewage works has been flowing into the Sundays River near Graaff-Reinet, Eastern Cape.

A flood of excrement runs from the Kroonvale Brug sewage pump station through a grass morass before it enters the river.

The untreated waste can be smelled in the town.

Acting media liaison officer at Beyers Naude municipality, Edwardine Abader, said mechanical and electrical failure of the pumps was causing the spillage. The pumps were sent for repairs.

“We are awaiting their return to install them again,” she said.

Abader could not say how long the sewage had been flowing into the river, and could not give a timeline for when it would be stopped.

“We have appointed a contractor to clean the affected areas,” she said.

“We conducted a long-term assessment project on what we could do to rectify the situation. The municipality would require R139m to replace all sewage systems in towns under us. There is a need to apply for funding for the programme to take place.”

Liz Buisman, secretary of the Graaff-Reinet Residents and Ratepayers Association, blamed the municipality for failing to upgrade the sewer system.

“This breaking down of pumps has been happening on and off for more than five years. We have engaged the municipality on several occasions but they don’t heed our advice,” she said. “The municipality told us they have problems with vandalism and didn’t have enough money to buy better-performing engines.”

The pump station was badly vandalised in 2014 and appears not to have been properly fixed since then.

“We tried to intervene but our efforts are not welcomed. In the past, we used to write petitions but the municipality ignored those petitions. We hope the departments of water and sanitation and environment, forestry and fisheries will rescue us,” said Buisman.

“Children who swim in the river are at risk of contracting diseases. There are also farmers and some municipalities downstream who use water from the river, not to mention  animals that depend on the river for survival.”

Kroonvale resident Marvin Klaas said: “Our houses are about a kilometre from the river and the smell affects us.”

A security guard who works at the Margery Parks TB hospital in Kroonvale said patients complain.

“It is worse when there is strong wind. It blows the smell right here.”

The SA Human Rights Commission will launch an investigation into the New England Road landfill site in Pietermaritzburg, it said on Wednesday.
News
2 years ago

Daimler will not sacrifice the profitability of next-generation electric cars, chief executive Ola Kaellenius said on Tuesday, as the carmaker ...
Motoring
2 years ago

Outa wades in on the sewage polluting Cape Town lagoon

The Organisation Undoing Tax Abuse (Outa) has asked for a meeting with the City of Cape Town over sewage pollution in the Diep river and Milnerton ...
News
2 years ago