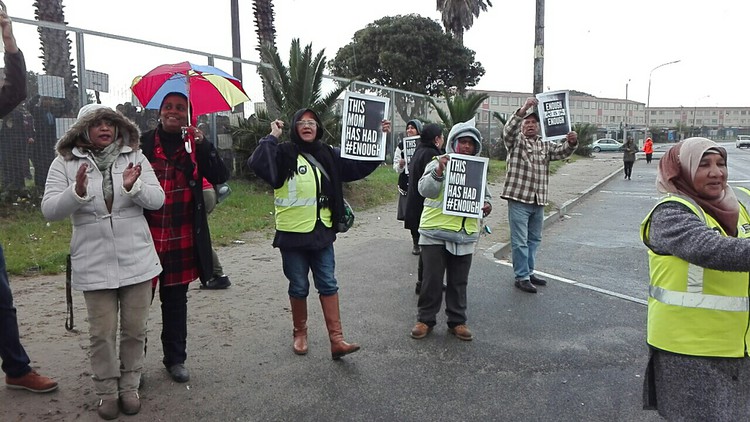 Fourteen pupils have been expelled from a Western Cape high school after pupils sustained stab wounds and other injuries in a gang fight.

The provincial head of education, Brian Schreuder, said on Wednesday the pupils were among 132 expelled from Western Cape schools in 2019. Forty-one expulsions took place as a result of violence or assault.

The fight erupted allegedly as a result of gang rivalry within the community.

"What transpired was truly shocking,” Schreuder said in a statement.

The education department would not identify the school.

News reports in August said pupils were injured in a gang fight at Indwe Secondary School in Mossel Bay.

Photographs of the weapons used included pangas, knives and scissors, all referred to in Schreuder’s statement.

“What is concerning is that this fight seems to have been orchestrated, as learners had hidden weapons on the school premises,” he said..

“The learners were suspended and faced a disciplinary hearing. The governing body recommended the expulsion of the 14 learners. When I received the file I was saddened by what I read.

“We simply cannot and will not accept this kind of behaviour in our schools. Based on the evidence at hand, I have therefore made the decision to uphold the recommendation to expel all 14 learners.”

Schreuder said national regulations made schools drug-free and weapon-free zones. In addition, “physical or verbal abuse will simply not be tolerated and I have taken a strong stance on this”.

“We need to protect those learners and educators who want to contribute towards quality teaching and learning. Violent and abusive behaviour has no place in our schools.”

One wanted to be a doctor, another a police officer, and one just wanted to give her son a better life.
News
2 years ago

Gangsterism was a particular concern because it was a threat that was not always visible. “However, it is a threat that can flare up suddenly and can often lead to dangerous and violent circumstances,” said Schreuder.

“Gang affiliations, violence, verbal threats and substance abuse have no place in our schools. I would also like to warn all learners that tougher action will be taken in future against repetitive bullying in our schools.

“Schools must please ensure that their codes of conduct also apply to online learner activity when it comes to social media bullying.”

According to the Mossel Bay Advertiser, eight pupils at Indwe Secondary waited for others to finish writing a test. A fight then broke out and stabbings occurred in the presence of teachers.

“When a female teacher tried to intervene she was assaulted by the learners and had a school desk thrown at her. A grade 9 and a grade 10 pupil were stabbed.”

The Western Cape education department says gangsterism and an “under-resourced” police force are at the heart a spate of violence in schools across ...
News
2 years ago

Parents and community leaders in the Eastern Cape are alarmed by teenage gang fights which have resulted in five stabbings during the September ...
News
1 year ago