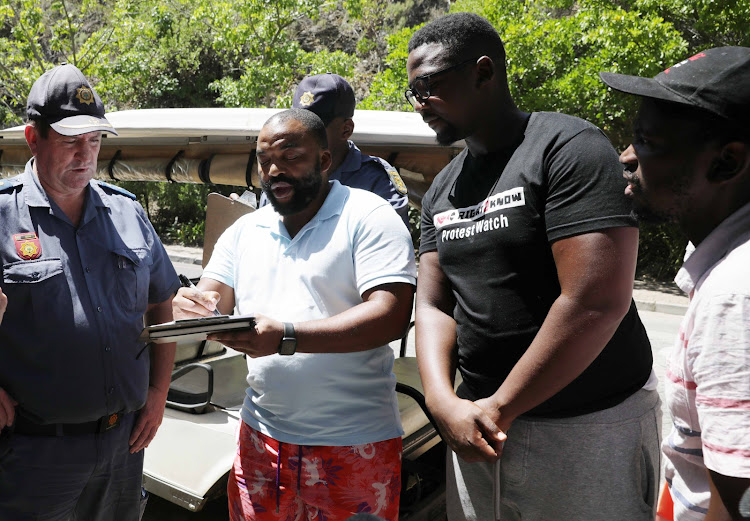 Three protesters gathered outside the FW de Klerk Foundation in Cape Town on Wednesday demanding that the last apartheid president “apologise for killing our people”.

Standing at the gates of a Plattekloof business park which houses the foundation's headquarters, the three organisers of the Black People's National Crisis Committee demanded that they be allowed to meet De Klerk to discuss his comments that apartheid was not a crime against humanity.

Two of the committee founders, Chumani Maxwele and Ncedisa Mpemnyama, were instrumental in other "Fallist" movements such as #RhodesMustFall and #FeesMustFall on their respective campuses at the University of Cape Town (UCT) and the University of the Western Cape (UWC).

The committee is the latest organisation to pounce on the controversy started by De Klerk when the 83-year-old denied in an SABC interview that apartheid was a crime against humanity.

Maybe we are being too hard on FW De Klerk..it’s not like the guy didn’t act

He says when he realized his govt was behind the “black on black violence” during which 20 000 black people were murdered he PAID the generals involved Early Retirement Packages!pic.twitter.com/3eIuRX0FS0

This sparked a call by EFF leader Julius Malema for De Klerk to be expelled from a joint sitting of parliament last Thursday. As President Cyril Ramaphosa was about to deliver his state of the nation address (Sona), Malema told speaker Thandi Modise: “We have a murderer in the house.”

The following day, De Klerk’s foundation repeated his denial that apartheid was a crime against humanity.

“It was, and remains, an ‘agitprop’ project initiated by the Soviets and their ANC/SACP allies to stigmatise white South Africans by associating them with genuine crimes against humanity,” said the statement. 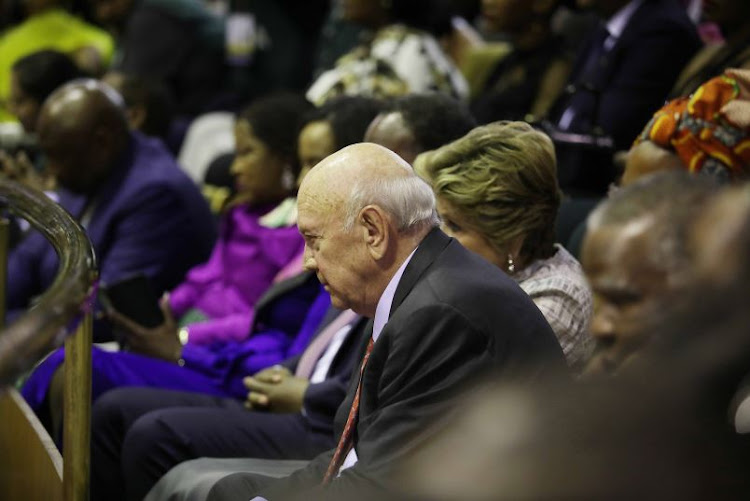 On Monday, De Klerk apologised unconditionally for the statement, saying he agreed with the Desmond & Leah Tutu Legacy Foundation that a debate on the extent of apartheid was not necessary.

“This is not the time to quibble about the degrees of unacceptability of apartheid. It was totally unacceptable,” he said.

“The FW de Klerk Foundation has accordingly decided to withdraw its statement of February 14 unconditionally, and apologises for the confusion, anger and hurt that it has caused.”

Songezo Mazizi, the convenor of Wednesday’s #DeKlerkMustFall protest, said demonstrators hoped to hand over a memorandum to foundation officials, but this did not materialise.

Instead, the members addressed a female employee of the foundation at the business park's gates and insisted they had arranged to meet De Klerk and the foundation. The employee said she was not aware of any such arrangements.

Maxwele then wrote down his name and contact details and the protest came to an uneventful end.

Asked what they would have told De Klerk, Maxwele said they would ask him to disclose the details of all the operations the apartheid security forces carried out against people involved in the struggle.

"We want for him to disclose what instructions he gave in relation to black people being killed and who was killed under his instruction. We want to know the clear instructions from former apartheid president FW de Klerk," said Maxwele.

"We don't have anything in the archival history of South Africa as to what were the instructions that were given by him. We want those kind of answers - and maybe as families we will be able to get closure. As African people, we believe in closure. That's one of the things we'd want to come out of a meeting with him." 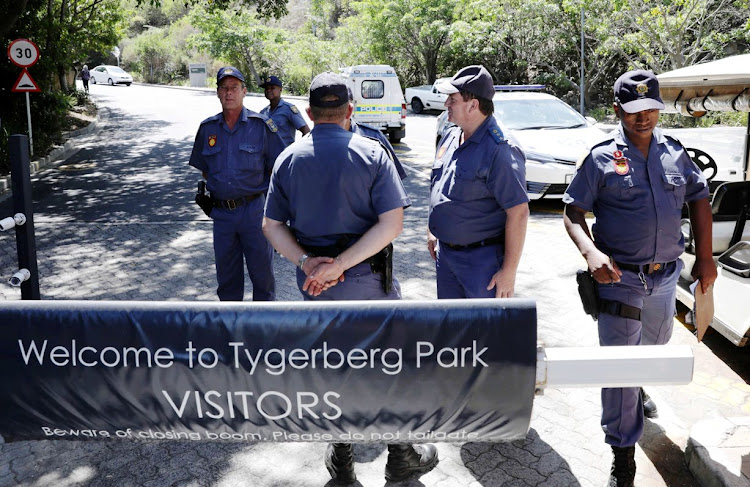 According to Mpemnyama, the Black People's National Crisis Committee is made up of members of the EFF, Black First Land First (BLF) and the ANC - but the members were reluctant to give their personal political affiliations, with only Maxwele claiming to be an ANC member.

When one reporter asked whether they were simply riding on the EFF's coat-tails, they strongly denied it.

"We are bringing awareness around an issue that has been troubling a lot of people. We are starting, as young people [born] during the 90s, to appreciate that [what] Tata Mandela and that generation wanted to do around a rainbow nation and extending an olive branch to the white community did not work, because these people do not reciprocate this thing," said Mpemnyama.

"They are not part of the deal. They just pay lip service to the deal, so that they can still get the resources and the respect - and the lip service that they were there during the negotiation process," he added.

The protesters told the foundation's representative they would be back in seven days.

Former president FW de Klerk has been on the receiving end of criticism after his controversial remarks on apartheid, and his initial denial that it ...
News
2 years ago

‘Don’t ignore De Klerk - too many think like he does’

Some might try to wriggle out of the apartheid conversation, but former president FW de Klerk simply doesn’t have that luxury.
News
2 years ago