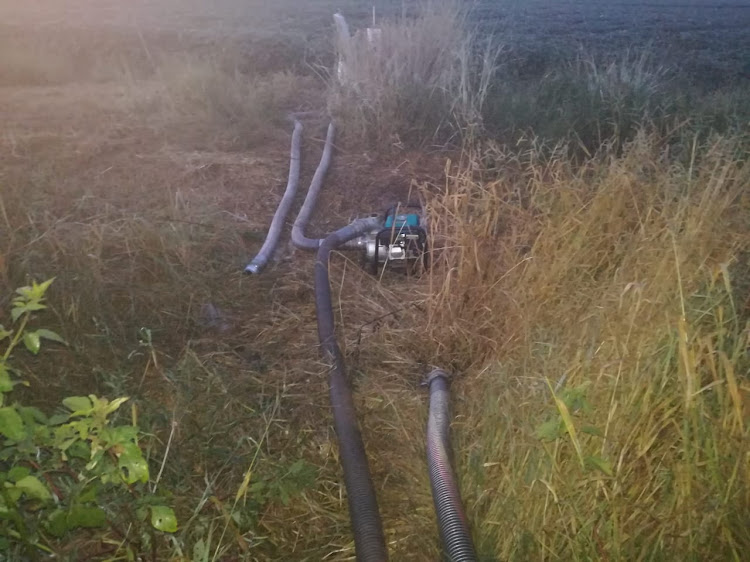 Two suspects will appear in the Delmas magistrate's court over the incident.
Image: Hawks

Two suspects will appear in court on Monday after being arrested for allegedly stealing diesel from a Transnet pipeline in Delmas, Mpumalanga.

The two were arrested after Transnet security guards spotted a diesel tanker with eight people next to it on Friday.

“The suspects aged between 21 and 28 are expected to appear before the Delmas magistrate's court on Monday for theft of diesel and malicious damage to property. Investigations are still ongoing and further arrests cannot be ruled out.

“A further search of the area yielded no further good results for the security guards despite being joined by the serious organised crime investigation team, Delmas SAPS, Witbank SAPS and Flying Squad,” she said.

Sekgotodi added that a 20,000 litre diesel tanker and equipment connected to a hose extracting diesel from the pipeline were seized.

Transnet recently told TimeLIVE that there had been an increase in theft incidents targeting fuel pipelines and infrastructure transporting billions of litres of fuel across the country.

Transnet has seen an increase in theft incidents targeting its fuel pipelines and infrastructure that transport billions of litres of fuel across the ...
News
1 year ago

Two men will appear in court on Monday in connection with the theft of railway lines worth R8m.
News
1 year ago