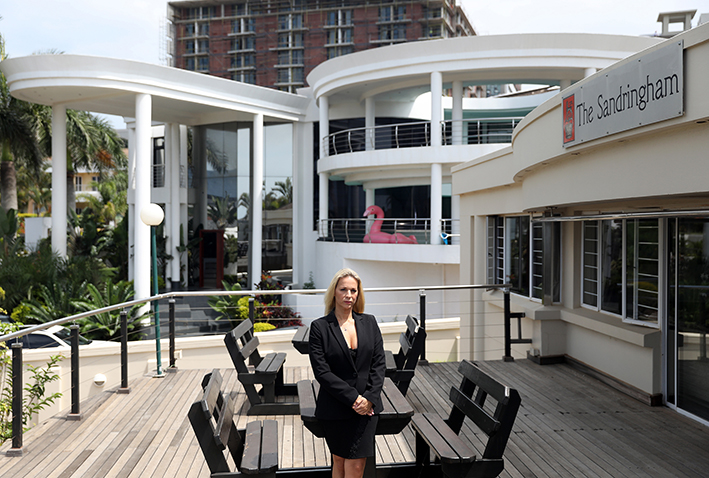 Umhlanga businesswoman and attorney Janine Archer has secured a high court interdict against her neighbour Andile Mpisane, 18, effectively putting paid to his wild parties and threats against her.

Archer owns a guesthouse next door to Mpisane’s mansion in Sandringham Court, Umhlanga Ridge, which is believed to be owned by his mother, wealthy businesswoman and reality TV show star Shauwn Mkhize.

The order was granted on Thursday by Durban high court acting Judge Ian Topping and Mpisane has until March 9 to oppose it being made final.

Archer’s complaints against Mpisane were highlighted in an article in the Sunday Times, in which she also detailed how he and a bodyguard, in separate cars, had pursued her for 3km, repeatedly attempting to jam her in and force her off the road.

This was after she was spotted taking photographs of the house from the road in preparation for her high court interdict application.

She has laid criminal charges at the Durban North police station. 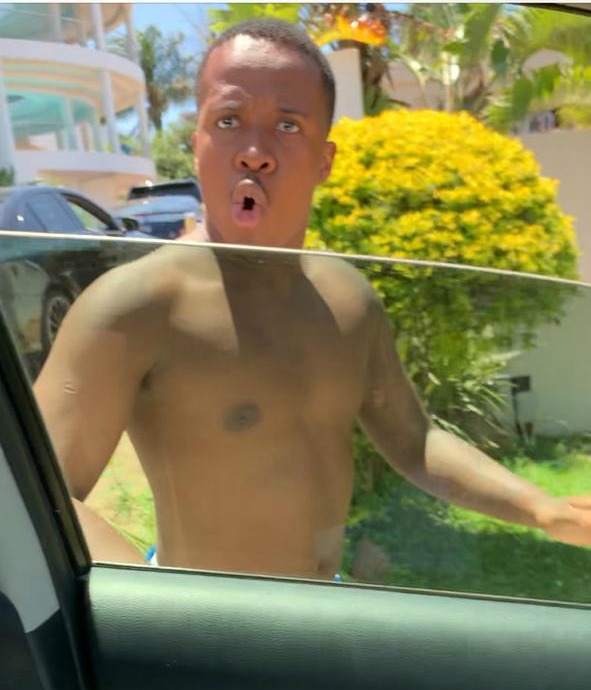 In her affidavit in her urgent court application, Archer said the noise disturbance began in mid-2018.

“The noise consists of screaming, shouting, blaring music at full volume, the beating of drums, car engines revving and wheel-spinning even in the early hours of the morning and performing “doughnuts” (spinning a vehicle in a tight circle) in the cul-de-sac in which both properties are situated.

“There was even an occasion when a sexual act took place on the balcony/bedroom of the first floor of the respondent’s property in full view of my staff and guests.”

She said her manager had repeatedly called metro police and “begged them to intervene” but when they did arrive, which was not very often, they seemed disinterested.

“I can only assume that this is because his parents are very prominent and it is well known that his father (Sbu Mpisane) is a former metro policeman.”

She said attempts to contact Shauwn had been rebuffed by armed security guards at both Sandringham Court and her other property in Addison Drive.

After receiving several bad reviews on Bookings.com, Archer said she believed she had no choice but to apply for an interdict and decided to take the photographs while on her way to her business the Sunday before last.

It was then that the confrontation between her, Mpisane and the bodyguard occurred. She said it began with them banging on her car window and trying to open the door, and with Mpisane shouting “f**king b**ch, give me your phone”.

He then picked up two rocks “as if he was going to throw them at my vehicle but the security guard blocked him”.

Archer said she drove off, but they chased her in two cars and she had to drive over verges, knock over bollards and drive into incoming traffic to escape when they blocked her path.

She said that after she laid criminal charges, her manager had received a phone call from Shauwn Mkhize who wished to speak to her.

“Whilst I accept that Mrs Mkhize wishes to apologise, it is significant that I have had no response from Andile. Matters have reached the stage that I cannot be reassured there will be no recurrence of his completely unacceptable behaviour without a court order hanging over his head.

“I also go to the bed and breakfast frequently and I am now scared to do so, lest I encounter him again and further confrontation takes place.”

In terms of the interim order, which the judge ruled would operate with immediate effect, Andile and all other persons occupying the property are interdicted and restrained from creating a disturbance by playing music loudly, revving motor cars, letting off fireworks, performing “doughnut” manoeuvres and visible sexual acts.

He is also restrained from threatening, assaulting and harassing Archer.

The application was served at 10 Sandringham Court earlier this week but there was no appearance for the Mpisanes when the matter was called in court.

Mkhize did not respond to a request for comment and efforts to contact Mpisane were not successful.

Horrifying videos, apparently taken by farmer Fritz “Majeke” Joubert, 45, give some inkling into what drove him into a frenzy of violence in which he ...
News
1 year ago

The family of a 30-year-old man, allegedly beaten to death by a mob in Reyno Ridge, Witbank, believe he was seeking help at the house where the ...
News
1 year ago

Red Ant boss in 'eviction' dispute of his own

He may head one of the biggest eviction squads in the country, but the owner of the Red Ants ran into trouble getting rid of problems on his own ...
News
2 years ago