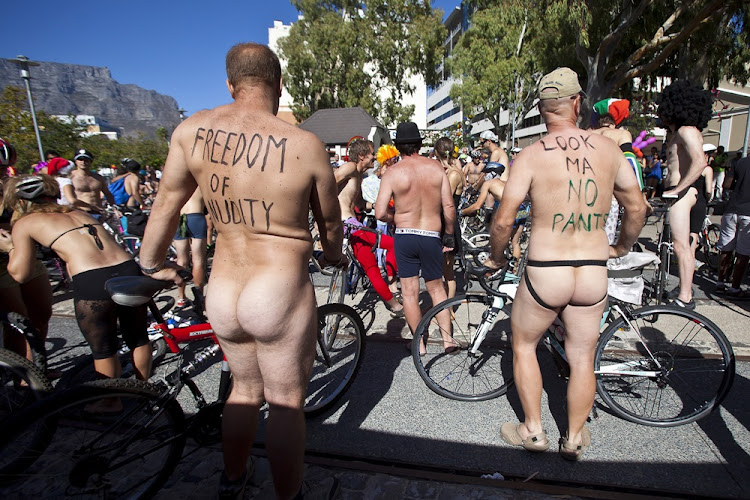 Cape Town Cycle Tour riders can warm up — or rather cool off — ahead of Sunday’s 110km ride around the Peninsula by stripping off on Saturday for the World Naked Bike Ride in Cape Town.

But the event, part of a global movement to raise awareness about fossil fuels and protecting the planet, is not limited to cyclists.

The World Naked Bike Ride, “as bare as you dare”, which has taken place in dozens of cities including Cape Town, is open to anyone and it’s free.

“Public nudity is officially against the law in SA,” the organisers say on their Facebook page. “We do not take responsibility for anyone’s actions”

If it seems a little crazy, think about the total madness of car culture

The World Naked Bike Ride is an annual protest against “the absurdity of oil and gas dependency and celebrates the potential of cycling and the human body”, say the organisers.

The first ride in both the Southern and Northern hemispheres took place in 2004 on June 12, the winter solstice in the South.

The next year, the Southern hemisphere moved their ride date to Valentine’s Day but by 2006, the second Saturday of the month was chosen for the Naked Bike Ride.

“Riding naked emphasises the vulnerability of cyclists on the road, at the same time as celebrating humanity in the face of mechanisation. 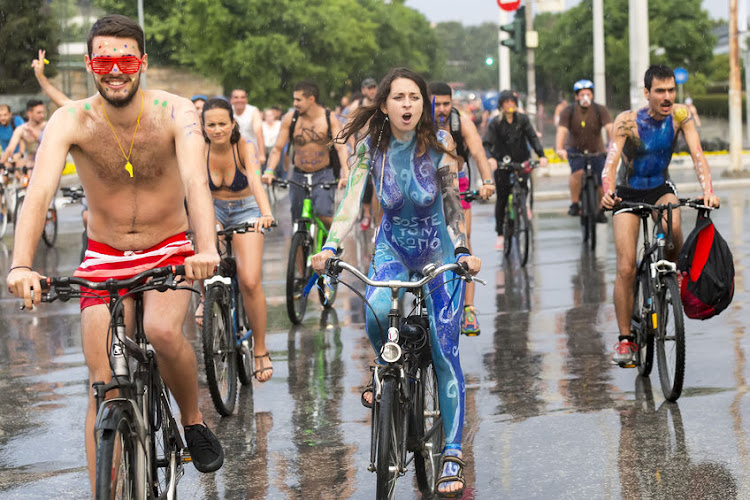 “If it seems a little crazy, think about the total madness of car culture and its inevitable results,” they write, warning that overuse of oil is causing pollution and global warming.

For the demonstration, cyclists are encouraged to adopt full or partial nudity.

That will not be encouraged on Sunday, when about 35,000 cyclists ride the 42nd Cape Town Cycle Tour.

The Cape Town Cycle Tour is many things to many levels of rider — all of them fun.
Lifestyle
2 years ago

New electric models will help BMW and Daimler cut emissions from the cars they sell by an average of 20% this year, the German automakers predicted ...
Motoring
2 years ago

For years Jacob Madlala had to dig a hole in the earth whenever he wanted to relieve himself, or use a pit latrine, because the informal settlement ...
News
2 years ago