IN QUOTES | 'Coronavirus does not look at your colour or your passport': Zweli Mkhize 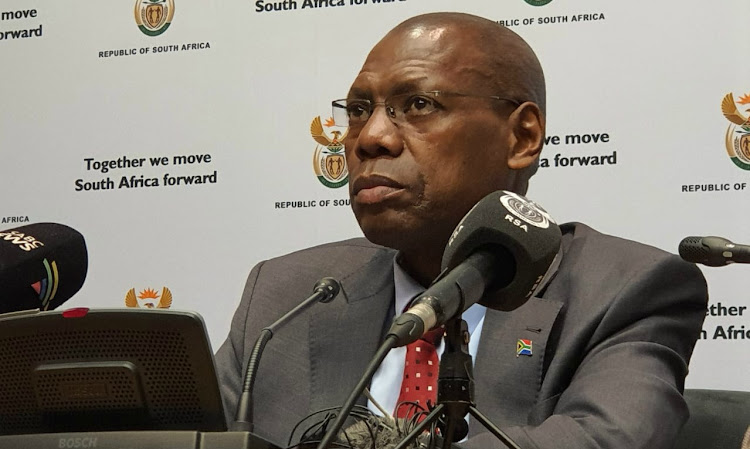 Zweli Mkhize says we need to deal with the myths going around such as that darker people are less susceptible to coronavirus. 'Please do not spread such fake news,' he said.
Image: Anthony Molyneaux

Health minister Zweli Mkhize has advised against the spread of fake news and discrimination cast at those who have coronavirus.

Speaking at Thursday’s press briefing, Mkhize said fake news and discrimination were far more dangerous than the pandemic outbreak itself.

“We need to deal with the myths going around saying the darker you are you won't get the virus. Coronavirus does not look at the pigmentation of an individual. Please do not spread such fake news.”

“The real fight that’s confronting us is the fight of trying to reduce the number of infections, break the cycle of infection and make sure whoever is sick recovers and make sure South Africans can look back and say there was coronavirus but we survived.”

“We can’t explain why some tests come out positive then later negative. We released the result of positive, we then did additional verification, which confirmed it was negative.

“It’s not a crisis, it happens every now and then. This particular patient is now negative after verification.”

Security at quarantine site in Limpopo

“Army will guard the area to ensure that there’s no direct contact with those outside (the resort). This place is a quarantine area.

“No media is allowed. No flyover is allowed, so you can’t even send a drone out here to come and take photos. You can’t do anything. No other people can come in. The police are here.”

Some responded to the decision with shock and anger, which saw the hashtag #LimpopoNotaDumpingSite trend
News
2 years ago

The coronavirus is considered most dangerous for the elderly and those with underlying health conditions. Having the virus can be fatal, and more ...
News
2 years ago

WATCH | No worries, Mzansi has a Covid-19 song & dance routine

In the video, a group of people can be seen doing the 'coronavirus dance' to an Amapiano soundtrack, while also screaming 'corona'
News
2 years ago