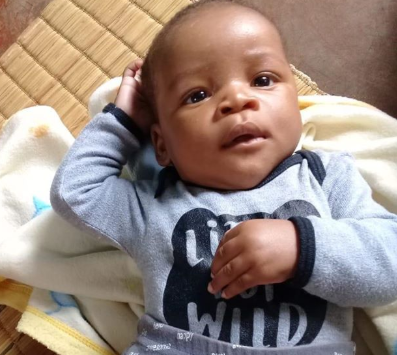 The baby was found in Pretoria on Sunday after allegedly being snatched.
Image: Supplied / SAPS

A three-month-old baby boy, who was allegedly kidnapped on Friday, has been found alive.

“The baby was picked up by a couple after he was dumped next to Pretoria University's Mamelodi Campus. The couple took the baby to the police station, where he was positively identified by the parents,” he said.

The baby was taken to a medical practitioner for examination and was released to the care of his parents after he was found to be healthy and unharmed.

“The case of kidnapping remains open and police are still searching for the suspect/s,” said Masondo.

Pretoria police were on Sunday searching for a baby who was allegedly kidnapped in Mamelodi.
News
2 years ago

“It is reported that the mother was at Mamelodi clinic for the child’s immunisation when the suspect sitting next to her offered to hold the baby. The woman then disappeared with the baby and a case of kidnapping was opened.

“Police would like to thank all the people who helped search for the child, including the media.”

Anyone with information on the crime is asked to contact Warrant Officer Mhlanga on ‪071 675 6774 or to go to their nearest police station.

Information can also be given by calling Crime Stop on ‪08600 10111 or via the MySAPS app.

A Pietermaritzburg woman has been sentenced to four years behind bars for stealing a baby in an attempt to deceive her boyfriend.
News
2 years ago

A search is underway for a woman who allegedly kidnapped a two-week-old baby at the Lakeside Mall in Benoni, police said on Monday.
News
2 years ago