My coronavirus lockdown: work - and attempts at love - in the age of corona 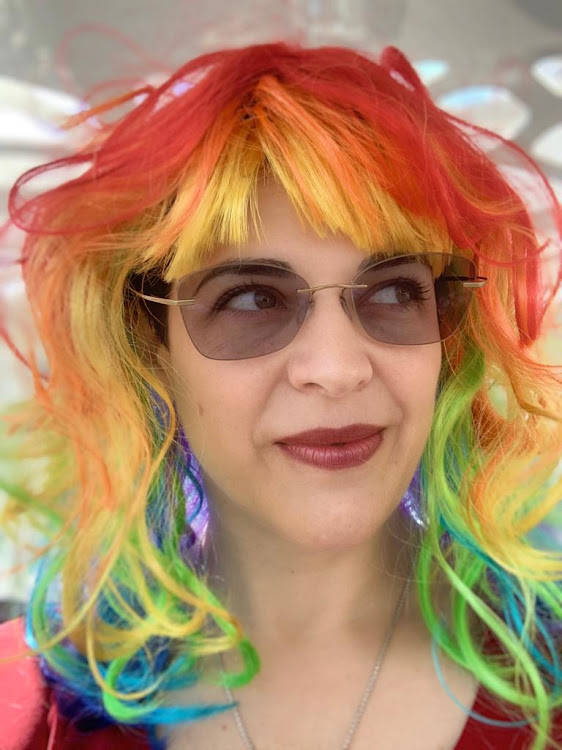 Jacqui Venter is writing about her lockdown in a flat in Soho, London.
Image: Supplied

Jacqui Venter, 46, is a South African digital product manager living in London. As the infection rate spirals in the UK, she's caught the flu and has been instructed by her doctor to self -isolate — in case she has Covid-19.

The only problem is that she lives in a tiny studio flat in Soho, a very vibrant part of town. Now she has #FOMO in Soho

Day 3: Communicating from beyond is serious business. 225 pings for 21 project streams. That’s how many times I was pinged at work today, my first working day in isolation. I was so looking forward to the company, but 225 times - on Slack, WhatsApp, Zoom, Confluence, text, Messenger and e-mail - and I was regretting ever feeling lonely. Everrrr.

Then came the meetings. I processed a jigsaw of faces in boxes on my screen for three hours. Lovely faces. Smiling faces. The faces who are tired. The faces who are frustrated. Faces like slapped faces. I’m seeing double and it is actually an improvement after the sea of facial hallucinations.

I must endure, as Chris does in Solaris. Nothing is real anymore. Like Chris, I may land up with a version of my ex that I keep throwing out of the spaceship again and again. And he keeps coming back until I fall in love with him again and bring him back to earth. To my studio flat. To endure him in my self-isolation! The horror!

But enough about work.

My virtual world kicked off at 6am when I was woken by my smart watch buzzing far too often. I dreamed it was an elf, kicking me sporadically in the wrist; his tiny shoes tapping at my bone, nudging me just often enough to stop me re-entering a meaningful sleep.

I tuned in to find out what the emergency was. The emergency, as it turns out, was a rune; a letter in an ancient Germanic alphabet that has magical qualities. And today, a rune called Petra, with its corresponding tree, the Aspen, was being discussed feverishly in the Rune WhatsApp group.

This is the group - run by a shaman - that I joined out of sheer politeness, and that I’m now terrified to leave. They have access to the other side, you see. Runes are supposed to help you see the future. I spent my pre-work mental molasses lying half awake and fielding intersecting WhatsApp messages.

The UK government still insists schools should stay open for now but schools will - instead - be participating in a "#Covid19Walkout". Students are worried they may go to school, get the virus and bring it back to endangered family members, like the lesser-spotted septuagenarians Boris Johnson is feebly corralling into their living rooms.

Then I read you can make a shield out of an Aspen tree - because it gives warriors the power to visit the Underworld, and return from it safely. I could use this if I landed up on Solaris. I wouldn’t have to bring my ex back at all!

This was all going swimmingly until one WhatsApp message really stuck out. I don’t think it was meant for me because it was sent by a good friend of mine. “Hello baby, I will take body part (eyes widen dramatically) and move body part towards body part (inhale breath, frown and wake up, fully, rise up on one elbow).” The message was scientific - flanks, limbs and torsos - rather than roses, dinners and moonlight. It seems rather more… agricultural than romantic. Something is going on. Something is terribly wrong.

Then, another bizarre message from one of Eros’ offspring read: “Hello baby, I want to do.” I found myself so relieved. I replied, “Do what? Make me a shield from Aspen wood? Yes! I will need that shield. You can definitely do. Do now!” The runes had provided! This was followed by a particularly peculiar message. “Hello Queen. I will be slave. I promise. I will lick foots like a dog.” This was received via Instagram, where random weirdos can message you.

I don’t know who he is, but he has seen all my photos, one of which is of my feet propped up on a deck chair at the beach. I convulse.

It would seem self-isolation has had an effect on some men. Some guys on dating sites are now looking for “someone to self-isolate with”. It’s become fashionable to shack up with someone - a good Malbec - while the apocalypse trots on by.

Their desperation is clearly showing as they get straight to the point, writing agricultural prose and putting any fetishes they have out there from the first paragraph.

It’s 11.45pm and I still have work to do, but after 225 interruptions and conversations that bled into each other, I need to rest.

I should sleep well tonight because they say Britons have to avoid pubs, restaurants and theatres. That means Britons will be avoiding the West End of London, where Soho is - aside from the nerdier lot who are into museums and galleries.

It’s really terribly sad and will damage the micro-economy no end. But “they” - whomever they are - haven’t specifically mentioned the poor tourists who can still fly into London, and who are probably (and terrifyingly) under the influence of the shamanic rune of the day: Petra with a herd of Aspen trees!

They might very well rock up to a local cafe and ask for a glass of Elderflower Prosecco or a pint of Wychwood Hobgoblin Ruby Beer. And directions to Platform 9¾.

My coronavirus lockdown: #FOMO in Soho

Jacqui Venter, 46, is a South African digital product manager living in London. As the infection rate spirals in the UK, she's caught the flu and has ...
News
2 years ago

My coronavirus lockdown: I invited my pressure cooker to my birthday lunch

"South Africa has banned people from flying in from the UK, USA and a lot of Europe, but Boris keeps saying he’s 'following scientific advice'"
News
2 years ago