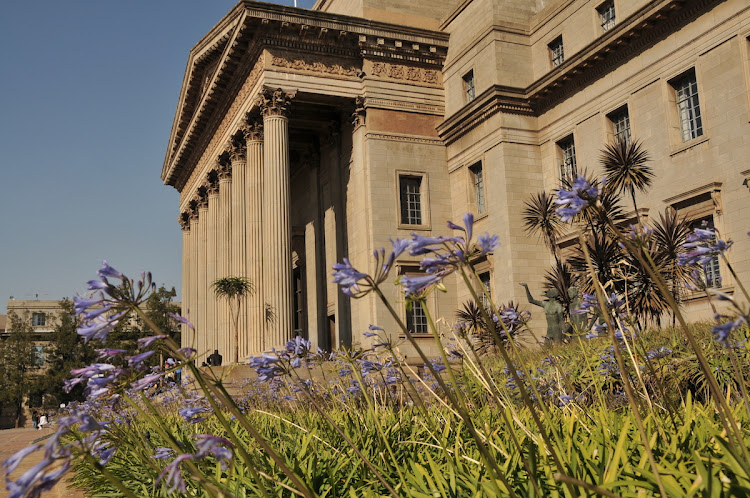 Wits University will challenge an interdict by two law students, saying it is a frivolous and irresponsible act which obstructs the fight against Covid-19.
Image: Supplied/Wits

Two Wits law students on Tuesday filed an urgent application in which they seek to interdict the evacuation of students from residences.

The application was launched on Tuesday after an announcement by the university on Monday of its decision to go into early recess, giving students 72 hours to vacate their residences.

The urgent application — seen by TimesLIVE — was filed in the high court in Johannesburg on Tuesday. It was filed by law students Lerato Moela and Matsobane Shaun Matlhwana.

Wits vice-chancellor Adam Habib and dean of students Jerome September are listed as respondents. The matter is set to be heard by the court on Wednesday morning.

Wits University has encouraged 350 of its medical students to undergo self-quarantine after one of their classmates tested positive for the ...
News
2 years ago

The university's decision to go into early recess comes after the senior executive team met on Monday to discuss a response to the Covid-19 pandemic.

“Our decisions are going to be informed by the best science that is available and by the experts in infectious diseases,” said Habib at the time.

Moela called the move reckless. “It was a reckless decision by the university to just say students must vacate the university premises, including residences, within 72 hours — without giving us an update on the 350 students,” he told TimesLIVE.

“We don't even know who those students are and we don't know if we have been in contact with them.”

Moela said some students were going back to their homes in rural areas, adding that the university was indirectly avoiding responsibility in potentially spreading the disease.

In a YouTube video announcement, Habib emphasised how the university's decisions are made with the best interests of the Wits community in mind and to minimise the effects of the outbreak.

The university said on Tuesday it would oppose the application by the two students. It said their case was based on false information, adding that they had initiated the action without knowing the details.

“They must also carry the costs of this frivolous action. This is an irresponsible, reckless act which obstructs the fight against Covid-19 and is in contravention of the state’s strategy and protocol to address the pandemic,” said the institution.

Wits spokesperson Buhle Zuma said the university had consulted the National Institute for Communicable Diseases (NICD) and experts regarding the 350 who were in self-isolation.

Zuma said there were fewer than 30 residence students being “managed” from the affected class.

“The rest do not stay at res and are self-quarantining at home,” she said.

She said the number of students requiring isolation has since been revised, based on where they were sitting in relation to the infected student.

“The dean of students Jerome September and the dean of health sciences Prof Martin Veller are making special arrangements for the affected residence students,” she added.

Wits staff and students will be able to work and study from home should a coronavirus outbreak hit the university.
News
2 years ago

A medical student from the University of the Witwatersrand in Johannesburg was under quarantine on Friday after being exposed to a person who has ...
News
2 years ago