Image: 123RF/Junnemui The Gauteng department of social development has instructed all early childhood centres across the province to close this week.

Concerns are being expressed about the financial impact of the closure of crèches and schools on staff who earn a living from the small businesses that cater to this sector of the economy.

The Gauteng department of social development has instructed all early childhood centres across the province to close this week. Spokesperson Thabiso Hlongwane said the department was adhering to the measures announced by President Cyril Ramaphosa on the outbreak of Covid-19.

The principal at Busybees preschool in Blairgowrie, Patience Mutonhora, told TimesLIVE on Wednesday morning that after this announcement, some parents had indicated that they would not return until the government gave them the green light.

“They said even though the government has said that they should return after Easter, they feel they would rather take their children to a place where they will be safer.

“They said only if they get the all-clear from government will they bring their children back,” Mutonhora said.

This will hit the business extremely hard, she said. 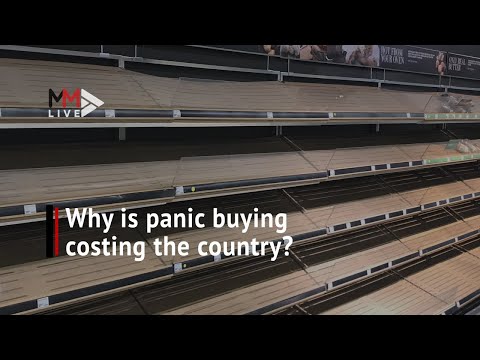 The school caters for children from three months to  six years old.

On an average day there are about 47 children at the crèche, but this week the number dropped to nine.

This money, said Mutonhoro, was used to pay staff salaries and the bond on the property.

“We use the fees to pay the teachers, so we won’t be able to pay them now.

“It means that the bond payment will have to come out of the pocket of the owner. I don’t think there is anyone in South Africa who can say they have the cash to cover something that was not in their budget,” she said.

Little Lifeguards swimming school owner Lyn Hiom said fewer clients had come to lessons after the outbreak of the virus.

“I think what worries people is that they are in close proximity with others. I can certainly say that the numbers have slowed down. People who are nervous won’t come,” she said.

It would be a huge financial concern should more people stay away.

“If people are on holiday and not coming, then there is no point in staying open. In the industry everyone is paid per hour, so if people are on an hourly wage, what now?

“I don’t know how one would structure that.”

Hiom said her swimming school would stay open until Friday for a final decision to be made.