A Breyton girl apparently sent a message to her cousin asking for help before she disappeared.
Image: 123RF/Andriy Popov

A teenager who sent a message to her cousin begging for assistance after the driver of a truck she had allegedly hitched a ride in had refused to stop has been reported missing, Mpumalanga police said on Thursday. 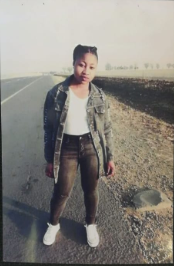 Brig Leonard Hlathi said 18-year-old Simlindile Masina from Breyten has not been heard of since sending that message on March 9.

“According to information received, on the said day, Simlindile left home and headed to Ermelo to go job-hunting at several shops in the area but never returned home.

She apparently hitched a ride with a passing truck and during the trip, informed her cousin via text that the truck [driver] doesn’t want to stop so they must assist,” said Hlathi.

Her phone has been off since then.

Simlindile was dressed in white All Star sneakers, black denim jeans, a khaki-coloured  T-shirt and a jacket when she left home that morning.

Police are seeking assistance in finding her.

A baby taken from its mother at Lakeside Mall in Benoni, east of Johannesburg, last month has been found unharmed in the nearby township of Etwatwa.
News
1 year ago

An 11-year-old girl, who was reported missing in Dengeza, outside Giyani, on Monday, was found murdered and dismembered on Tuesday
News
1 year ago