Pastor Bheki Ngcobo insists Easter services should continue: 'We will worship the Lord in numbers'

The South African Zionist Church leader said this was the time for Christians to stand together, despite the ban. 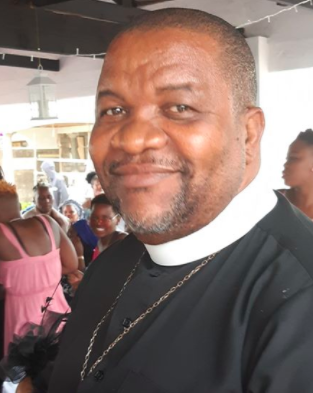 Pastor Bheki Ngcobo say is the time for Christians to stand together, despite the ban.
Image: Facebook/ Bishop TB Ngcobo

President Cyril Ramaphosa may have banned mass gatherings amid the threat of Covid-19, pastor Bheki Ngcobo of the South African Zionist Church has threatened to ignore the rules.

On Monday, Ramaphosa also called on religious leaders to assist the government in enforcing the ban across the country, even at funerals.

“In the light of the measures announced to encourage social distancing to curb new infections, there has been understandable concern expressed by members of the faith community on how this affects them.

“Attending daily, weekly or monthly religious services is an integral part of life for millions of our people.

“We are aware of the important role congregational worship plays in giving solace, comfort and strength to the men, women and children of SA,” said Ramaphosa.

President Cyril Ramaphosa has called on religious leaders to assist the government in enforcing its ban on gatherings of more than 100 people across ...
Politics
2 years ago

However, Ngcobo said this was a time for Christians to stand together, despite the ban.

Ngcobo told SABC News that now was the perfect time for churches to fight Covid-19.

He also said the banning rule would not apply to his church because the president “is not God”.

“I’m not disputing what the president is saying because it is his country. God is above presidents declaring this state of emergency.

“I’m not saying people must take a risk and do what they don’t believe in. We are saying, in our congregation, we are going to worship the Lord in numbers,” said Ngcobo.

So, Pastor Mboro says God told him about coronavirus in 2019

According to Ngcobo, SA will survive Covid-19 just like it did before with apartheid, cholera and malaria.

“The country is not only attacked by the disease, but so many issues that need God’s intervention. We survived apartheid, we survived a tsunami, cholera, malaria ... we survived so many things in this country and we’re going to survive this Covid-19,” he said.

“But not to go to Easter services, I don’t think it’s proper. We came to the conclusion that the church must stand up and claim the position because this thing is not only a flesh and blood issue, it’s spirit warfare. This is why we’re saying let’s go and worship the Lord.”

Ngcobo insisted that God was above presidents.

“If God needs to be worshipped in this time when the country is moving up and down, when presidents are declaring that churches must not gather and praise God, this is what I’m not agreeing upon. I am going to defy the president of the country,” he said.

How to get #datafree information on coronavirus in SA

President Cyril Ramaphosa is in discussion with religious leaders to talk about a response plan by churches to the coronavirus epidemic.
News
2 years ago

President Cyril Ramaphosa is expected to brief the media after his meeting with opposition parties where they discussed a response plan to the ...
News
2 years ago