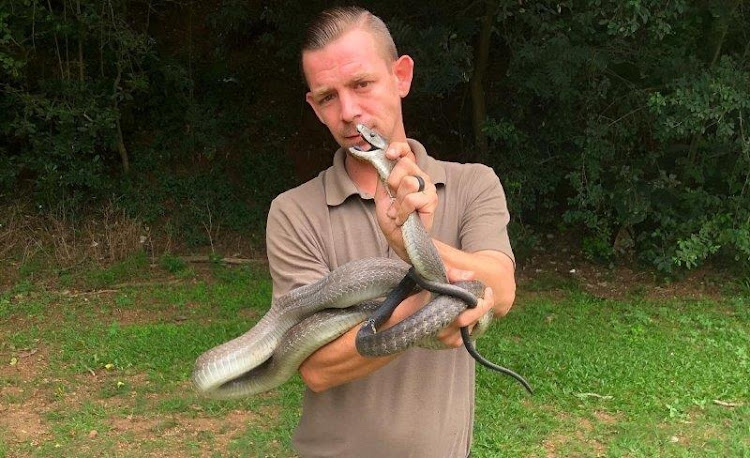 The Crocworld Conservation Centre removed a black mamba from a storeroom in Amahlongwa, on the KwaZulu-Natal south coast, on Sunday.

Martin Rodrigues, the manager at Crocworld, said his team was alerted to the presence of a snake, believed to be a black mamba, in an outside storeroom.

"The capture was relatively difficult as there was a lot of clutter in the room. This was an extremely large and healthy animal - it is extremely rare to encounter a black mamba of this size," he said.

Rodrigues said the snake was moved to Crocworld, where it will be cared for before being relocated to a safe space away from residential areas.

The male snake was measured at 2.65m and weighed 3.1kg, with a girth of over 5cm mid-body. Rodrigues said DNA samples had been taken to contribute to an ongoing study on black mamba genetics.

He said this was the sixth time this year that Crocworld members have been called out to Amahlongwa to retrieve venomous snakes from the local community. Previous visits have resulted in members retrieving two green mambas and four black mambas.

Crocworld offers a free service of identifying and removing snakes for the communities of Scottburgh, Umkomaas, Pennington and Park Rynie.

A Port Elizabeth policeman was rushed to hospital after being bitten by a snake while getting into his state vehicle.
News
1 year ago

An African rock python was spotted ready to devour its breakfast, a buck, on the seventh hole of the prestigious Zimbali Golf Course on the ...
News
1 year ago