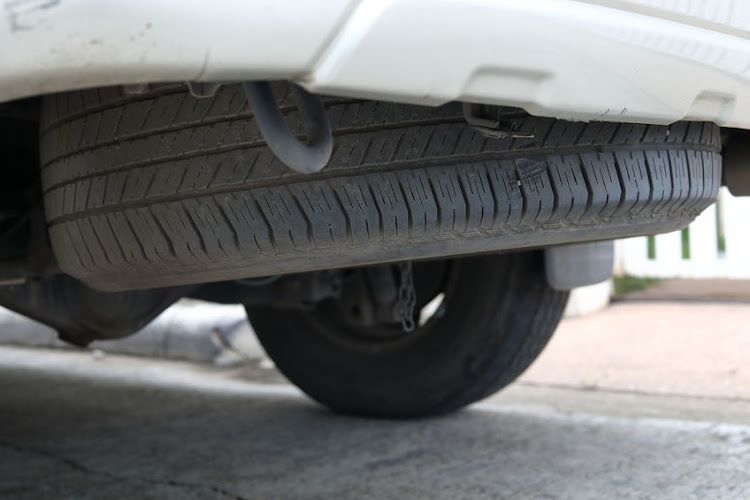 A Cape Town man's bid to get out of the poo by smearing some on himself backfired and he was arrested for stealing a spare wheel.
Image: 123RF/sutichak

In a bizarre bid to evade arrest in Cape Town’s CBD, a man who was confronted for allegedly stealing a car tyre stripped naked and smeared his face with faeces.

“The lengths that some people will go to to evade arrest is truly shocking,” said the city’s mayoral committee member for safety and security JP Smith on Monday.

The city’s metro police department made 33 arrests on a range of charges — including murder, attempted murder, drug dealing, resisting arrest and drunk driving — in the past week.

In one of the cases, a metro police CCTV operator spotted a man pushing a trolley down the road and removing the spare tyre from a white Suzuki during the early hours of Saturday. Staff from the central city improvement district were sent to track him down and when they did, “he proceeded to undress himself, before defecating and wiping his face with faeces to evade arrest,” the city said in a statement.

“But that did not deter the police officers who arrived on scene and arrested the suspect for theft out of a motor vehicle.”

The City of Cape Town has vowed to “intensify operations” against minibus taxi operators after a 49-year-old traffic officer was killed, allegedly by ...
News
2 years ago

On Sunday, two men tried to lie their way out of trouble when confronted about having five cellphones. “The duo claimed the phones belonged to them, but when asked to restart the devices, they didn’t know the security codes. The two men, aged 26 and 28, were arrested for possession of stolen property and detained at Khayelitsha station.”

In a third case, the K9 unit dealt with a suspect who swallowed his contraband at the weekend. When asked to reveal what it was, the suspect spat out five Mandrax tablets. The 48-year-old was detained at Kraaifontein.

“We are highlighting these incidents to remind the public of the daily challenges that our uniformed staff face in the interest of public safety — not to mention that they put their lives on the line for the rest of us,” said Smith.

“Just last week, we were reminded once more about the dangers of working in safety and security when our traffic colleague Walton van Rooyen was shot dead during a traffic stop.

“We owe our uniformed colleagues a greater debt of gratitude and appreciation for the work that they do on a daily basis, because far too often they are targeted simply for doing their jobs.”

Minister of police Bheki Cele believes the 6pm cut-off for booze sales on weekdays, and 1pm on weekends, will reduce crimes such as murder and rape.
Politics
2 years ago

Police arrested a 31-year-old suspect and seized counterfeit cigarettes with an estimated value of R1.25m at one of the country's border posts with ...
News
2 years ago

A Butterworth Hospital nurse has been arrested for allegedly stealing four boxes of face masks, according to the Eastern Cape health department.
News
2 years ago