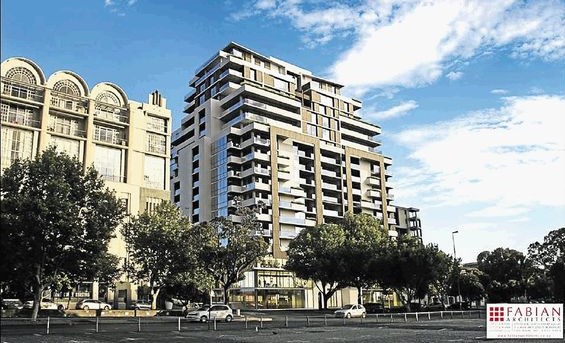 An architect's impression of the building in Buitengracht Street, Cape Town, given the go-ahead by the Supreme Court of Appeal on March 24.
Image: Fabian Architects

Residents of the Bo-Kaap in Cape Town have lost a Supreme Court of Appeal bid to prevent an 18-storey building going up on the edge of their 250-year-old community.

Funded by a wealthy German property owner, the Bo-Kaap Civic and Ratepayers Association appealed after the high court in Cape Town refused to overturn the City of Cape Town's approval of the R1bn block.

In a ruling on Tuesday, judge Mahomed Navsa said he and his four colleagues who considered the matter had been unable to find any irregularities in the city council decision-making process. 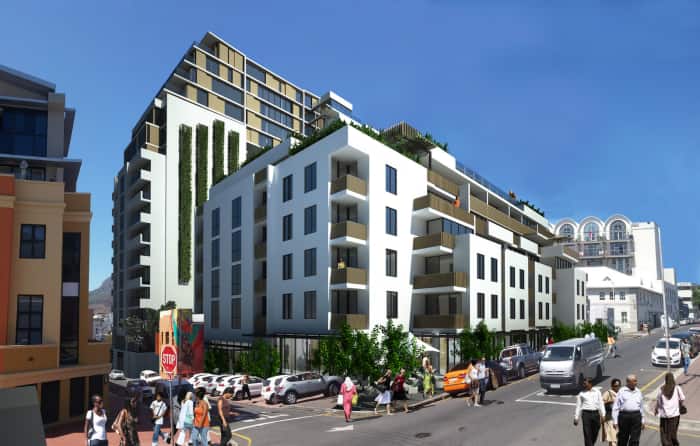 An architect's impression of the new building as seen from Rose Street, which marks the western edge of the Bo-Kaap.
Image: Fabian Architects

The appeal court decision ends four years of wrangling over the planning application for a building covering 3,150m² bounded by Buitengracht, Rose, Longmarket and Shortmarket streets.

It will contain flats, shops and offices, and have 310 basement parking bays.

The planning application attracted more than 1,000 objections, mainly from residents of the Bo-Kaap, but in July 2016 the municipal planning tribunal gave it the go-ahead.

Twelve appeals were considered by the mayoral advisory panel, which sent a report to then Cape Town mayor Patricia de Lille. She accepted its recommendation to reject the appeals.

Navsa said the appeals mainly related to heritage concerns, particularly the location of the proposed building on the edge of the community of colourful 200-year-old cottages which attracts a stream of tourists to the Bo-Kaap. 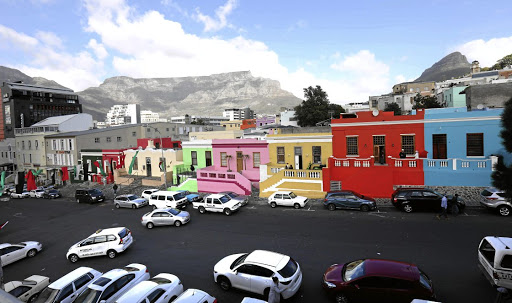 A row of houses in the Bo-Kaap. The houses, originally white, are said to have been painted in many colours by slaves celebrating being allowed to buy them.
Image: Esa Alexander

But the arguments soon "grew exponentially", he said, to cover alleged contraventions of the council's policies on scenic drives, tall buildings, urban design and densification.

The city council retorted that the proposed building site was not even in the Bo-Kaap, and said it contained commercial buildings such as car showrooms.

It was also in an urban development zone where tax incentives were on offer, and the owner of the site, Buitengracht Properties, had responded to heritage concerns by making significant changes to the proposed building's design.

"There can be no misgivings that heritage enjoyed a distinct degree of attention throughout the various stages of the application," said Navsa. 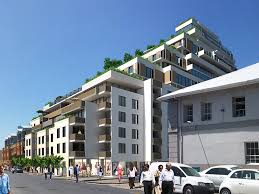 An architect's impression of the Rose Street elevation of the proposed new building.
Image: Fabian Architects

"The full range of countervailing interests were seriously and extensively engaged with."

De Lille had "all the expert advice she required" to reach a balanced decision, he said.

Navsa said the scale of the Bo-Kaap Civic and Ratepayers Association's litigation had been excessive, and may have been driven by the funding available from Petra Wiese, "a person of means who also has an interest in the neighbouring building, 35 on Rose".

Wiese, a permanent resident of SA, is reported to have spent tens of millions of rand on at least 14 apartments in Cape Town city centre.

Navsa ordered the association and its two co-appellants, 35 on Rose Body Corporate and the estate of the late Fabio Todeschini, to pay the costs of the City of Cape Town, the mayor and Buitengracht Properties.

A proposal to declare the Bo Kaap a heritage site sat on former mayor Patricia de Lille’s desk for three years, during which time four big ...
News
2 years ago

Squaring up to Goliath

The Bo-Kaap has been galvanised by its opposition to a 20-storey building that would overlook the historic community. If approved, the mixed-use ...
News
5 years ago