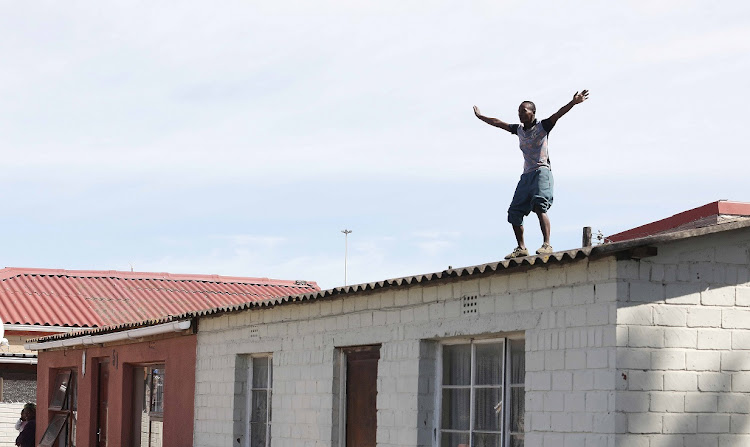 Residents of Langa, Cape Town, taunted police as they defied the first day of the national lockdown on Friday. Police said they were 'being nice' on Friday but would soon get tough and start arresting people.
Image: Esa Alexander

Residents of Langa, Cape Town, taunted police on the streets and dismissed Covid-19 as a “tourists’ sickness” as authorities started enforcing the nationwide lockdown on its first day.

Hordes of children played in the streets while adults went about their daily business in the township on Friday.

Children ran inside their homes when they saw the police entourage, and came out to play as soon the contingent moved to another street.

Meanwhile, visibly drunk parents in pyjamas argued that a democratic government cannot confine them to their homes. One resident climbed on to her roof and hurled profanities at the law-enforcement contingent and journalists. Officials had their hands full trying to convince hundreds of people outside the township’s former hostels that staying at home was, in fact, for their own good. 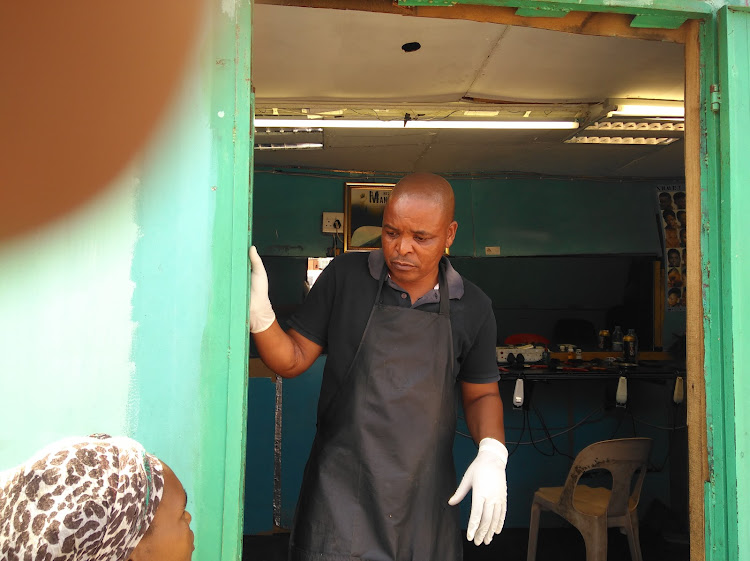 Hair dresser Zamelekhaya Solwandle, like many other defiant Langa residents, was reluctant to close his salon on Friday.
Image: Philani Nombembe

“This is my source of bread,” he shouted. “I have four children. Is the government going to give me food? I understand that there is a disease but what am I going to eat?

“I have two registered companies, one of them is  a security company, but I don’t get work. I am not shy, you can take pictures of me. What I am saying is nothing but the truth. There are no jobs.”

Spaza shops were operating optimally while people washed cars on the streets. There were snaking lines of people at the township's ATMs where authorities begged people to stand one metre apart. 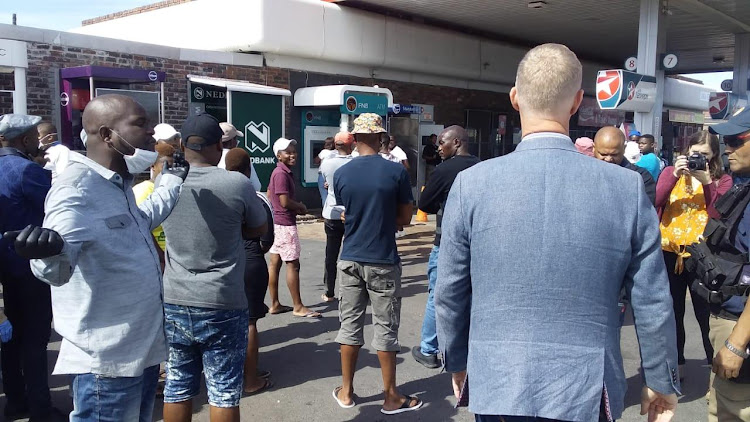 It was business a usual for Langa residents on Friday. Hordes walked the streets, went shopping and went out in numbers to withdraw money from the township's ATMs.
Image: Philani Nombembe

Langa was a stark contrast to Bonteheuwel across the road where there were hardly any people on the streets. This was also the case in Athlone and Bokmakierie, where one or two people could be seen walking from the shops carrying essential items such as rice and chicken.

The Cape Town CBD was largely deserted except for a few homeless people and scores of stranded commuters. The army, police and city law enforcement officers manned some of the city's busy entrances. There were no major transgressions except for a man who was arrested for carrying a knife.

He said officials had encountered resistance from residents in some pockets of the city.

“I am pleasantly surprised by many of our communities where I expected to see more people on the street. Communities like Bonteheuwel, Athlone and Bokmakierie are doing right,” said Smith.

“We are grateful that people are taking this seriously, they are seeing those figures on television and understanding what it is. In the communities that are not taking this seriously like where the police were this morning, like Macassar and Mitchells Plain, and some areas where residents are making it difficult for the authorities, they need to understand that this is not some law enforcement; you are doing this for your own benefit. This if for your own safety. If someone gets the virus and people continue gathering, it will spread rapidly.”

Smith said the two deaths from the virus that had been recorded should deter communities from disregarding the government’s directive.

Covid-19 is more than a health crisis. It may change our lives forever and nobody knows yet how long this will last. We are now inhabiting the Corona ...
News
2 years ago

“There are 900 people infected now in SA. By next week that figure will be double. We are now on an exponential rate and things are going to spread rapidly. If we want to avoid a situation like Spain, Italy or the US, then we need to change our behaviour aggressively - and now.”

He added: “If you don’t care about what the government says, use your common sense and stay off the streets.”

He warned defiant residents that authorities would start getting strict.

“Today we are busy with warnings, we are nice. Tomorrow we are going to fine people, arrest people, charge people because the public's health is now the critical thing. Our state president has spoken. We must listen to that calling, it is the right calling  and we must comply with those regulations.”

He said the city was in the process of removing homeless people and refugees camped close to the Cape Town central police station and those holed up in the Methodist Church in the CBD to safer spaces.

“There will be a meeting between the mayor (Dan Plato) and social development this afternoon and we will be moving homeless people to safer spaces,” he said.

“If these communities can do it, we all can do it. Tomorrow is too late. I am afraid those communities who are defiant, the army and law enforcement agencies will be coming to pay more attention tonight.”

When Blythe Kruger, 89, went to town on Wednesday to do her pre-lockdown shopping she did not expect someone would stand up for her.
News
2 years ago

We answer seven of SA's most-Googled questions about Covid-19

Given the havoc the coronavirus pandemic has wreaked globally and the situation we find ourselves in at home, Covid-19 is on the tip of everyone’s ...
Lifestyle
2 years ago

As millions of South Africans stayed home on Friday- the first day of 21-day nationwide lock-down, some workers who form part of essential services ...
News
2 years ago