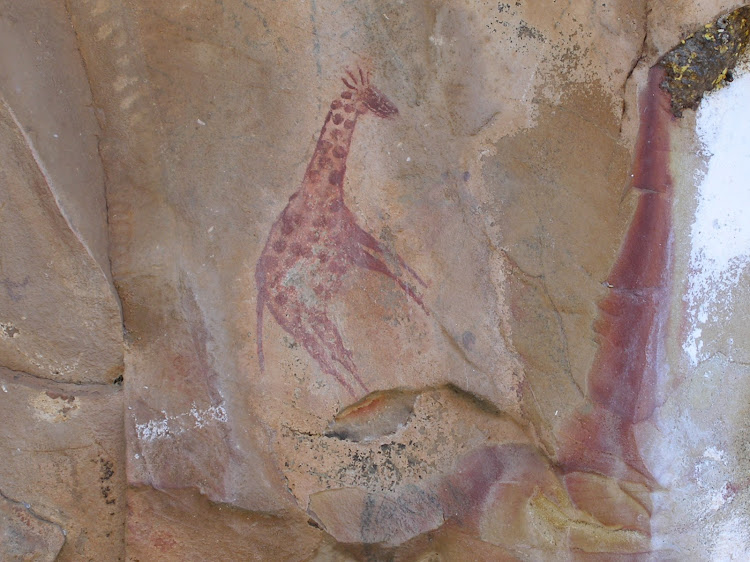 The SA Heritage Resources Agency said the San rock painting site of the Game Pass Rock Shelter was one of the most extensive painted panels in SA.
Image: Unesco/Francesco Bandarin

The Game Pass Rock Shelter in the Kamberg Nature Reserve in KwaZulu-Natal has been declared a national heritage site.

Making this declaration in the Government Gazette on Friday, the SA Heritage Resources Agency said the San rock painting site of the Game Pass Rock Shelter was one of the most extensive painted panels in SA.

"A wide variety of painted figures adorn the shelter walls, including many eland and human figures, as well as numerous therianthropic figures which are interpreted to depict the embodied esoteric experiences and indigenous knowledge systems of indigenous societies," the agency said.

The agency said that within the environmental and cultural context in which the Game Pass Shelter was located in KwaZulu Natal, the embodied spiritual experience was understood and known as "Idlozi" (spirit-medium/therapy) experience, among other interpretations.

"The rock paintings at Game Pass Shelter offer an opportunity to acknowledge the spiritual depth and social complexity of South African rock art that reinforces the significant links between tangible and intangible heritage that resonates with local communities, in particular, who continue to incorporate sites, such as Game Pass Shelter, into their living heritage, ancestral historical identity and cultural practices," the agency said.

The tribe has opened for business, but is 'cultural tourism' ethically okay?

It’s a blurry line, but visiting and voyeurism don't have to go hand in hand
Lifestyle
1 year ago