WATCH | Fort Hare students chased from residence ahead of lockdown 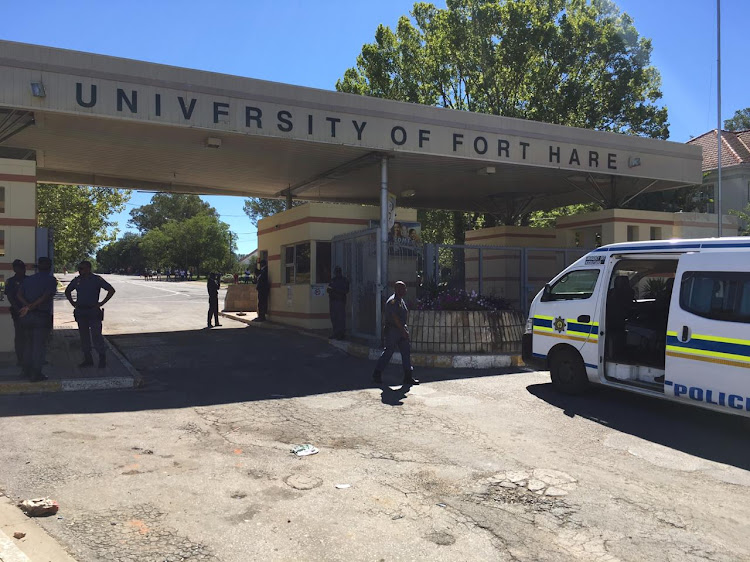 Fort Hare University has again come under fire over claims that it unceremoniously evicted foreign students from residences at its Alice campus in the middle of the night ahead of the lockdown that started at midnight on Thursday.

This after a video was shared showing guards shouting while chasing crying students out of a building, DispatchLIVE reported.

Fort Hare University has again come under fire over claims that the university unceremoniously evicted foreign students from residences at its Alice campus in the middle of the night ahead of the lockdown that started at midnight on Thursday.https://t.co/EEKxrCcPEJ pic.twitter.com/x62x8h6Ymh

Fort Hare SRC president James Nqabile said they were disappointed to hear that foreign students were forced to sleep in the cold because they were allegedly kicked out of the premises by security guards.

Nqabile, who spoke to DispatchLIVE on Friday, said that the university management were not even aware of the incident taking place.

“It is disappointing to hear that the person who took this decision took it on her own and kicked the students out of the premises. These are foreign students who have no relatives and this is embarrassing, to be honest. The management were in the dark about this,” he said.

Nqabile said there were 30 students from Zimbabwe, Cameroon and Nigeria who were affected.

“We had 10 females and 20 males who found themselves in this situation. They were forced to sleep in the cold Eastern Cape weather,” said Nqabile. “This needs to be attended urgently. I had to field calls as early as 1:30am and I will not rest until I know that they get accommodation and plans are made for them.”

He said Amathole District Municipality (ADM) had intervened and obtained transport to and accommodation in East London for them.

No comment had been received from the university at the time of publishing.

Construction of the new 40km fence at the Beitbridge border post was going ahead, despite the implementation of the 21-day national lockdown which ...
News
1 year ago

Residents of Langa, Cape Town, taunted police on the streets and dismissed Covid-19 as a “tourists’ sickness” as authorities started enforcing the ...
News
1 year ago