Cape Town's homeless, many of whom rely on the working masses for their daily bread, woke up to empty streets and high anxiety on Friday — day one of the nationwide lockdown to stem the spread of coronavirus.

There was an air of desperation among some of them as they realised they may no longer be able to eke out an existence by relying on handouts from CBD workers, churches, mosques and NGOs that run feeding schemes.

Ikeram Collins and his friend, Ibrahim Samuels, said they heard a rumour that there might be temporary housing at Cape Town Stadium, and walked there through empty streets, only to find it was untrue.

“We are afraid of contracting the virus. If the government opened a facility to house us we would welcome it,” said Collins.

Cape Town mayor Dan Plato issued a lengthy statement on Thursday about how the three-week lockdown will affect services the city council provides for ...
News
1 year ago

The city said it was making provision for homeless people at sites across the metropole.

The benefit for the city's 6,000 homeless would last long after life returns to normal, said Zahid Badroodien, the mayoral committee member for community services and health.

“Cape Town is establishing temporary accommodation for all homeless residents during the national shutdown and for the immediate foreseeable future,” he said.

“Paint City, in Bellville, will be used for this purpose and will provide the city’s homeless with sanitation and electricity and an opportunity to safely self-isolate in a protected environment. The site will be made available to individuals, couples and families of the homeless.” 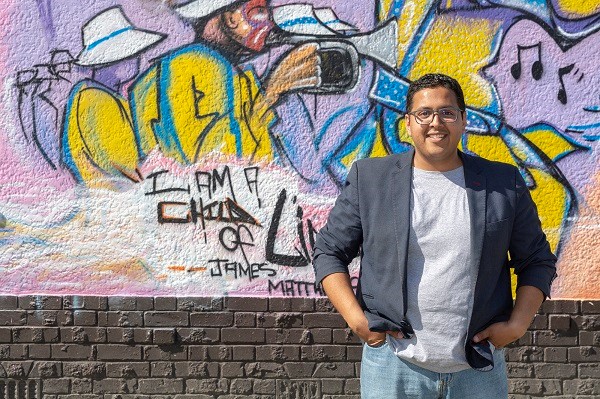 City councillor Zahid Badroodien said the extra beds being provided for homeless people in Cape Town during the Covid-19 lockdown would be permanent.
Image: City of Cape Town

Badroodien said this would depend on the ability of contractors to construct prefabricated structures. He said additional locations would also be identified.

“The city has hearkened to the words of the president and is making provisions for those that are most vulnerable to Covid-19,” he said.

Cape Town has roughly 4,000 residents who sleep on the streets and 2,000 who use night shelters.

Badroodien said the expansion of facilities for the homeless during the lockdown would mean additional beds would be permanent.

“All our efforts in this directorate have been to increase the number of beds connected to shelters and I am confident that this will be achieved,” he said.

Among them were refugees, remnants from another crisis at the Central Methodist church which has been eclipsed by the coronavirus pandemic.

In Albertus Street, near Cape Town central police station, a refugee encampment has outgrown the sidewalk and tents stand in the road.

Portia and Mark Abrahams live under a footbridge with their young son, Markwin. “I am worried because we already don't have enough to eat. Usually we ask people to help us, we do odd jobs,” said Portia.

Collins said the little food he had would last less than a week. “Where are we going to get food? There are children living on the streets with us,” he said.

“If there is a solution which could take us off the street so we don't pick up this virus, we would appreciate that.”

Gauteng's homeless to be housed at schools during lockdown: Lesufi

Gauteng's government is planning to move homeless people, who largely depend on begging to survive, into public schools for the duration of the ...
News
1 year ago

Durban's homeless: 'I don't know much about the virus but I know that I am afraid'

Sipho Khuzwayo has roamed free on Durban's streets for 11 years but on Friday, fear of Covid-19 drove him to join a line with hundreds of Durban's ...
News
1 year ago

Homeless man OK with school lockdown but worried about his 'habit'

As the Gauteng provincial government prepares to place thousands of homeless people in shelters across the province for the lockdown period, Ben ...
News
1 year ago

Oxford Street, usually congested with traffic, was almost deserted on Friday afternoon on the first day of the national lockdown.
News
1 year ago