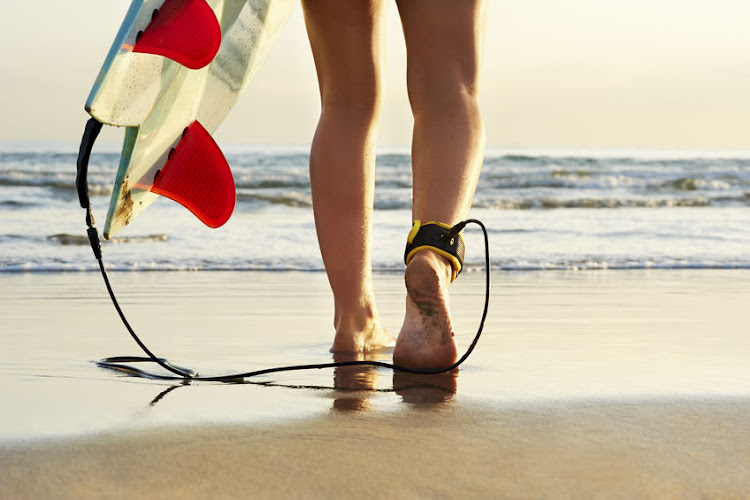 Two surfers were arrested and fined R5,000 each in Jeffreys Bay in Eastern Cape on Sunday.
Image: 123RF/Geoff Goldswain

Two surfers were arrested at the weekend for contravening the Disaster Management Act, national police said on Monday.

Police spokesman Brig Vish Naidoo said the men were arrested in Jeffreys Bay in the Eastern Cape at 2pm on Sunday.

They were transported to the local police station and fined.

Randall said both men were in their early 20s and from Jeffreys Bay.

In a separate incident at the weekend, a Durban business owner was arrested under the same act after he locked 14 workers in a factory and forced them to make masks for six days.

The workers were rescued and transported to their homes by police.

The man is expected to appear in the Durban magistrate's court on Monday.

Police rescue 14 workers who were locked in Durban factory and forced to make masks, owner arrested

Several consumer complaints against a Durban business resulted in the arrest of the owner and the rescue of 14 workers who were locked in a factory ...
News
1 year ago

Durban police were out in full force on Friday to ensure the city's residents were complying with the national lockdown restrictions.
News
1 year ago

Arrests minutes into lockdown as rules are flouted in Joburg

It was not a seamless entry into the official 21-day lockdown period sparked by the coronavirus  in Johannesburg as scores of chancers came face-to ...
News
1 year ago