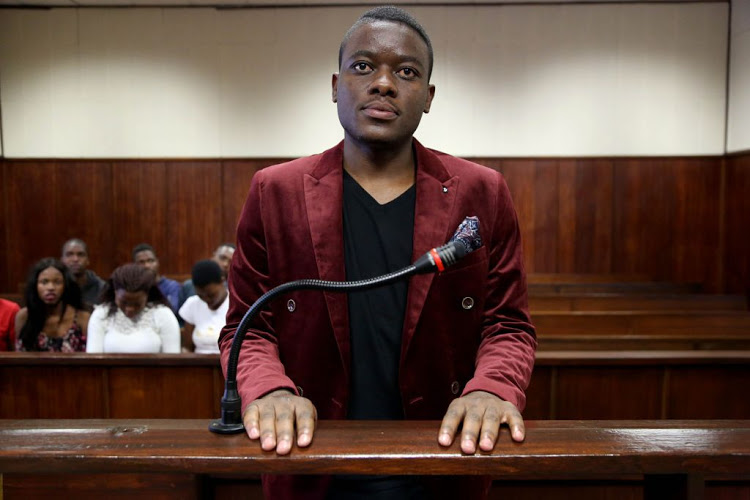 If #FeesMustFall activist Bonginkosi Khanyile continues to violate his correctional supervision conditions, he could find his sentence transformed into one that includes time behind bars.

Khanyile found himself on the wrong side of the law on Monday when he was warned that he had violated the conditions of his correctional supervision.

He was sentenced to three years' house arrest in January last year after being  convicted in August 2018 on charges of public violence‚ failing to comply with a police instruction and possession of a dangerous weapon.

He tweeted on Monday that an urgent complaint had been launched about a tweet he made concerning a prosecutor.

After deliberations at Durban correctional services on Monday, Khanyile was given a written warning that he should refrain from tweeting things that can be interpreted as negative.

After years of fighting in courts, a three-year sentence was handed down to #FeesMustFall activist Bonginkosi Khanyile on Monday, January 28.
News
3 years ago

In the warning, the department of correctional services said any further violations of his correctional supervision conditions may lead to his sentence being changed into an alternative sentence, which could include imprisonment.

Department spokesperson Singabakho Nxumalo said on Tuesday that Khanyile tweeted something that was viewed as offensive by the National Prosecuting Authority (NPA).

“A supervision committee meeting convened on March 30 to determine the circumstances under which the alleged tweet was constructed and assess if there was any violation on his placement conditions,” said Nxumalo.

He said Khanyile was given an opportunity to state his case.

Nxumalo said Khanyile stated that the tweet was sent on Sunday after he heard a rumour that a particular prosecutor “was suffocating with a 21-day lockdown”. Khanyile named the prosecutor in his tweet on Sunday, and said the prosecutor fought hard so that he did not get bail during his trial.

In his explanation before the commission, Khanyile said he did not mean any harm and was simply extending his sympathy to the prosecutor.

“He further stated that he did not intend to cause any harm or damage to the prosecutor’s image,” said Nxumalo.

Nxumalo said the committee resolved that despite Khanyile’s assertion that he did not mean to cause any harm, the tweet was perceived as being insensitive.

The committee determined that a warning would be given to Khanyile, and further warned him not to behave in the same manner in future.

“Probationer Khanyile accepted the warning,” said Nxumalo. “Parolees and probationers are expected to behave in an orderly manner.”

Three protesters gathered outside the FW de Klerk Foundation in Cape Town on Wednesday demanding that the last apartheid president “apologise for ...
News
2 years ago

Fees Must Fall activist Mcebo Dlamini on Monday pleaded guilty in his criminal case, but has avoided jail time.
News
2 years ago