'Too soon' to talk about lockdown extension: Nkosazana Dlamini-Zuma 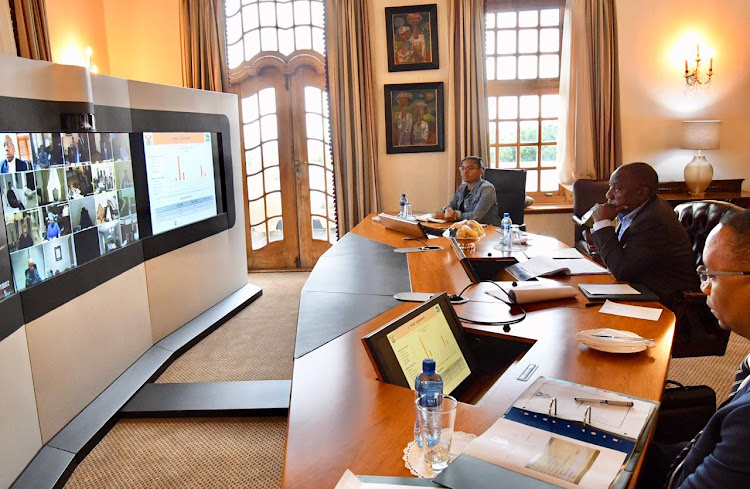 President Cyril Ramaphosa chairs a virtual meeting of the National Command Council from his official residency Mahlamba Ndlopfu on Thursday. Various ministers briefed the media on the outcomes of the meeting later in the evening.
Image: Jairus Mmutle / GCIS

Government “doesn't have all the facts” yet to consider whether the 21-day national lockdown should be extended or not.

Speaking at a ministerial briefing after a meeting of the National Command Council, which met earlier in the day and was chaired by President Cyril Ramaphosa, Dlamini-Zuma said: “It's still early to say whether it will be extended or not. We've only had a week today, seven days.”

But even that week, she said, didn't paint a complete picture.

“Even that seven days, if you look at it properly, this week has been the grant payments so there's been a lot of movement [of] people going to receive their grants. So it's too early to assess.

“We will make a proper assessment of what has happened. There is research being done and, at the right time, government will make that assessment and make that determination if there's an extension or not.

“For now it's too early. We don't have all the facts,” she said.

The number of South Africans who have tested positive for Covid-19 has increased to 1,462.
News
2 years ago

National government takes control of all water distribution across SA

Water and sanitation minister Lindiwe Sisulu has announced the centralisation of water distribution through a Johannesburg-based command centre for ...
Politics
2 years ago