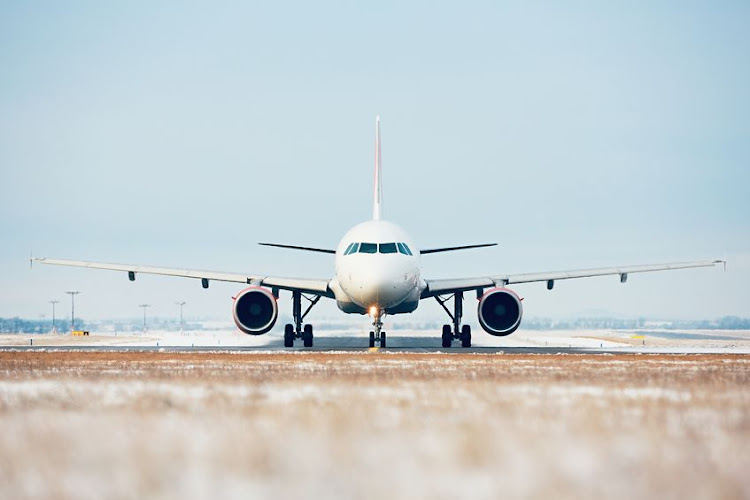 No one who has Covid-19 symptoms will be allowed to leave SA. Stock image.
Image: Jaromír Chalabala /123rf.com

Dutch, French, German, American and British nationals stranded in SA could soon be winging their way home as repatriation efforts are put in place.

“South Africa has been working extensively to organise repatriation flights which will enable more than 1,000 Dutch and 250 French nationals to return home. These flights will also be open to citizens from other European Union member states,” said Air France-KLM.

Pending final flight authorisations, KLM will operate five consecutive flights this week from Amsterdam to SA. Three flights will land in Cape Town and two in  Johannesburg with a technical stop on the French island of Reunion.

“As these flights are governmental flights, they will not be open for sale through our traditional direct and indirect, online and offline channels. The flights are reserved for non-South African residents stranded in South Africa, who should make themselves known to their embassies in South Africa,” said the airline.

These flights are for British travellers who are on holiday or on short-term visits to SA.

Minister for Africa James Duddridge said: “We have been working hard to support British people in South Africa and around the world for their return to the UK, prioritising the most vulnerable.

“Starting on Thursday, these charter flights will see hundreds of British people return home. I would like to express my thanks to the South African government for their help throughout this process.”

Casey said last week there were between 5,000 and 7,500 British travellers stranded in SA who wanted to go home. More than 2,500 had already contacted the high commission seeking assistance. Many of them were elderly, pregnant women or citizens with medical needs unrelated to coronavirus.

“All of them want to get home and be with their families to offer support during this pandemic,” he said.

Casey said the high commission had been working full time on preparing the way for this, gathering details of citizens in the country and engaging the South African government and airlines, in tandem with other diplomatic missions. However, the lockdown and restrictions on flight crew entering the country for their usual mandatory rest periods presented significant practical issues to resolve.

“We are working flat out with the South African government to ensure we overcome these challenges and get people home as soon as we can,” said Casey.

German ambassador Martin Schäfer described this as a joint effort which sends "a strong message of solidarity and co-operation during these trying times", saying for the coming days and weeks, they will have an enormous logistical challenge to get their compatriots home.

“We estimate there are more than 5,000 German tourists who have been stranded in South Africa due to the lockdown and the cessation of commercial air traffic,” he said on Thursday.

He said the repatriation flights organised by the German government would also be open to citizens from other European Union member states.

Schäfer said around 350,000 German tourists visit South Africa every year. In addition to that, many German and European students pursue their studies or research here, and young German volunteers help in social projects. There are also many professionals who come to South Africa regularly to conduct business here, and around 600 German companies are active in the country.

Schäfer was clear that only passengers not showing Covid-19 symptoms would be allowed to travel aboard the repatriation flights. Screenings were to be conducted at the airports before every flight’s departure. Travellers showing symptoms would be required to seek medical advice and treatment in South Africa, and to strictly follow the rules on self-isolation or quarantine imposed by the government.

By March 31, the US department of state had repatriated, or helped to repatriate, more than 30,000 US citizens from 60 countries.

In South Africa, as the lockdown has suspended commercial flight options, the US embassy said it was exploring all possible means to help Americans get home, including charter repatriation flights.

“Our consular teams in Johannesburg, Durban and Cape Town are working tirelessly to communicate with hundreds of US citizens seeking to return to the US and to inform them of all options, including the planned charter flights,” said US ambassador to South Africa Lana Marks.

Marks called on Americans still in this country who wish to return home to contact the US embassy immediately, saying the repatriation flights will not be available long term.

“If a US citizen wishes to return to the US, it is important to take advantage of these flights now, or for them to be prepared to remain where they are for an indefinite period,” she said.

Meanwhile, 16 South Africans were successfully repatriated from Dubai and Doha back to the country last Thursday. They arrived home following President Cyril Ramaphosa's announcement of the relaxation of the restrictions to allow South Africans stranded abroad to travel back home.

The group is in quarantine as per the regulations, said Dirco spokesperson Clayson Monyela.

Another group of about 16 citizens stranded in Germany were expected to return from Frankfurt at the weekend.

“With more countries requesting to repatriate their citizens from South Africa, the department will be using the opportunity to bring back more South Africans using the chartered flights,” he said.

As of Friday, South African missions and the command centre in Pretoria had registered a total of 2,313 South Africans stranded abroad by the Covid-19 pandemic which led to many countries closing their borders.

He said the department would be prioritising those who are stuck at airports, students who have been asked to vacate their residences, the elderly and the sick.

Foreigners jet out of Cape Town on SAA on Friday, headed for Germany

Foreigners will leave Cape Town for Germany on Friday afternoon, after the go-ahead was given for a repatriation flight.
News
2 years ago

Tourists, foreign workers and students stranded in SA by the Covid-19 lockdown will be able to return home on chartered flights operated by South ...
News
2 years ago

321 aboard repatriation flight from Johannesburg to Brazil