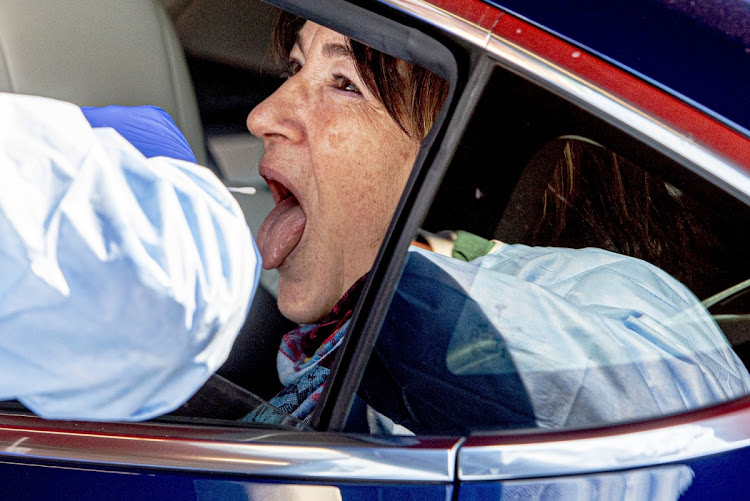 Some members of the public are refusing to be tested for the coronavirus because of fake news reports that the swabs are contaminated.
Image: Robin Utrecht/SOPA Images/LightRocket via Getty Images

Many people don't want to be tested for Covid-19 because of a “fake news” video saying that the swabs used to test for the illness are contaminated.

According to the Gauteng health department, this has hampered the country's efforts to curb the spread of the fatal respiratory illness.

The department said on Monday that it had come across difficulties in its community-testing initiative, as some people refused to be tested because of false information they had received.

Spokesperson Kwara Kekana said the video, which stated that swabs used to test the public already contained the virus, was the main culprit.

“In the video the public is misled not to agree to being tested because the swabs which will be used for the tests are allegedly contaminated with Covid-19. We wish to state categorically that this is not true and we can assure the public that the screening and testing will not expose anyone to Covid-19 in any way,” said Kekana.

Criminal charges have formally been opened against a Cape Town man who claimed that the swabs used to test for Covid-19 were themselves contaminated ...
News
2 years ago

Criminal charges have been opened against the man, who is believed to be from Cape Town. The video was shared on Sunday.

“As stated by the president, the screening and testing initiative is aimed at containing the spread of the coronavirus. We urge the public to take Covid-19 seriously,” added Kekana.

With the government sending thousands of officials door-to-door to test citizens for Covid-19, the man in the video warns: “Do not under any circumstances allow them to test them. There is a possibility that the swabs are contaminated with Covid-19. If they stick the swabs into your mouth and up your nose, there is a strong possibility to spread the virus. Don’t take the risk. Deny being tested.”

By Sunday night, the coronavirus had claimed the lives of 11 people in SA, with 1,655 positive cases confirmed.

In a bid to stop the spread of the virus, field workers have been deployed to communities for screening and testing.

The government has promised jail time to anyone who spreads fake news about the virus and has thus far made several arrests.

A 23-year old man from Lyttelton, Centurion, has been arrested for allegedly contravening the 21-day Covid-19 lockdown regulations.
News
2 years ago