Zwelinzima Vavi in 'positive spirits and will be home today' 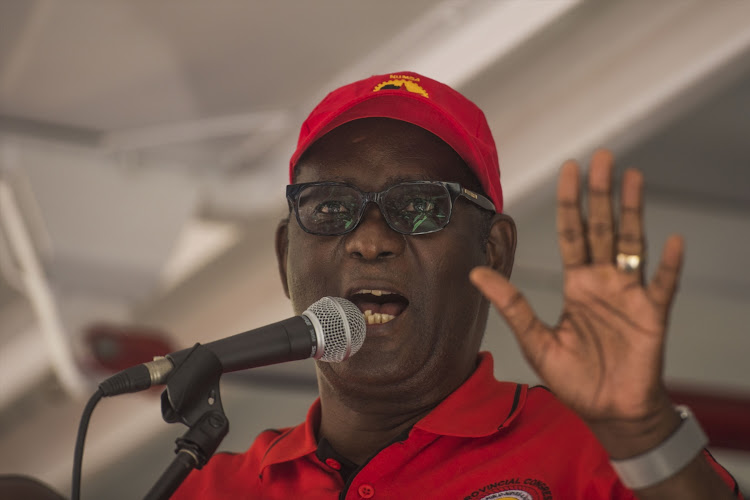 Union leader Zwelinzima Vavi is reported to be in positive spirits and is expected to be released from hospital later today. File photo.
Image: Gallo Images / Alet Pretorius

Labour movement leader Zwelinzima Vavi is in “positive” spirits and will be released from hospital soon.

This is according to National Union of Metalworkers Union of SA (Numsa) president Andrew Chirwa, who told TimesLIVE he had spoken to Vavi on Monday morning.

“Comrades, friends, in the recent past all of us had to contend with the sad news that one of our own leaders, ZV (Vavi), tested positive for Covid-19. He is admitted. We wish him and his family victory against this notorious virus,” Jim, who is Numsa general secretary, tweeted.

The news came after Vavi, general secretary of the SA Federation of Trade Unions, announced on Thursday that he had tested positive for the highly infectious coronavirus. The firebrand leader on Saturday released a video of himself in which he was sweating heavily.

“He is in positive spirits and should be out of hospital by the end of today,” said Chirwa.

“There is nothing drastic about him being admitted to hospital,” he said.

Chirwa said Vavi did not know how or where he had contracted Covid-19.

Prayers for Zwelinzima Vavi as coronavirus lands him in hospital

Zwelinzima Vavi landed in hospital on Sunday after complaining about chest and lung issues.
News
2 years ago

'All I had was flu': Zwelinzima Vavi tests positive for Covid-19

General secretary of the SA Federation of Trade Unions (Saftu), Zwelinzima Vavi has tested positive for Covid-19.
Politics
2 years ago