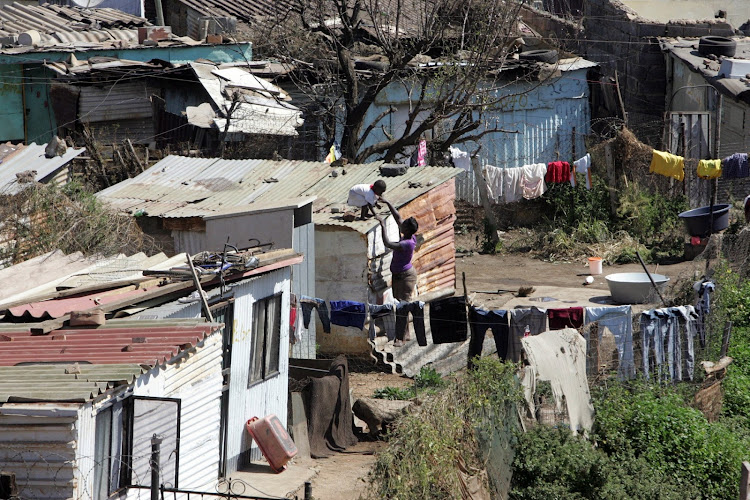 The eThekwini municipality will continue to demolish unoccupied shacks within the city during the Covid-19 lockdown.

This is after the Durban high court ruled in favour of the municipality, dismissing an urgent interdict application made by shack dwellers' movement Abahlali baseMjondolo on Tuesday.

The organisation had hauled the municipality to court on Monday, seeking an urgent interdict against the continuation of ongoing evictions at Ekuphumeleleni and Azania settlements.

Abahlali's application followed a number of "violent evictions" that took place at the settlements.

Abahlali alleged that a private security company, contracted by the municipality, repeatedly fired live ammunition at unarmed people, resulting in a number of serious injuries.

But despite Abahlali providing the court with evidence in the form of photographs that were shared of the evictions on their Facebook page, the court was not convinced that people had been occupying the shacks that were destroyed.

In a statement on Tuesday, Abahlali said the ruling was a "setback".

According to Abahlali, the court had asked both parties to discuss the matter and find solutions on their own.

Abahlali said their members did not want to accept this offer for many reasons, including the fact that there was no guarantee that they would be able to return to the land on which they had been living.

"We are disappointed by the outcome in the court today, and very worried about what will happen as the lockdown continues. People are really scared. They don’t know what will happen tonight, or tomorrow, or the next day. We all fear that there will be more violence."

Meanwhile, eThekwini municipality welcomed the court's decision and appealed to the leadership of Abahlali to "permanently desist from clutching at straws to vilify the municipality".

Mayor Mxolisi Kaunda maintained that the shacks that were demolished recently were unoccupied and some only partially built - and therefore the municipality had acted within the ambit of the law.

"I am happy that even our courts have vindicated us. Against all odds ... we will eventually restore the dignity of all our residents in informal settlements - whether affiliated to Abahlali or not," said Kaunda.

"We are very proud of our giant leap forward in this regard since 1994."

The government faces a revolt from residents of informal settlements who are unable to obey the strict lockdown regulations.
News
1 year ago

Civil society organisation Abahlali baseMjondolo is pleading with government to halt evictions at informal settlements and prioritise water and ...
News
1 year ago

The national government and Cape Town authorities are having a public spat over the housing arrangements of foreigners who recently occupied the ...
Politics
1 year ago