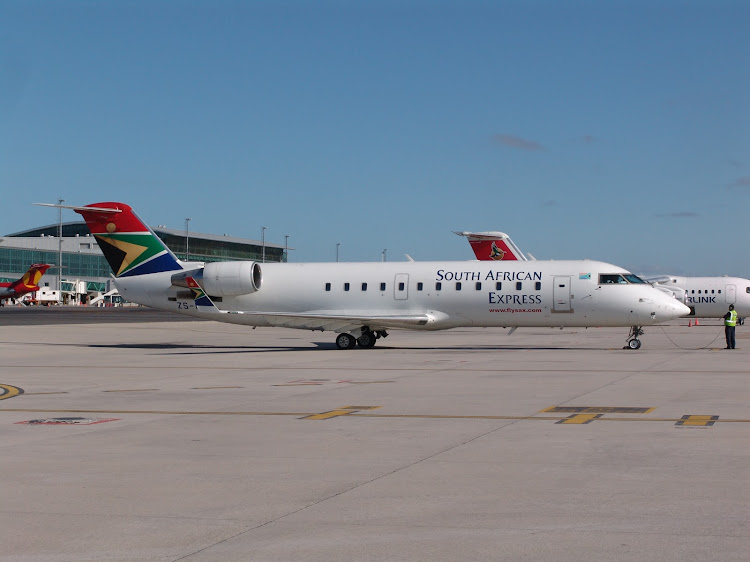 SA Express employees have told public enterprises minister Pravin Gordhan they believe the airline can be turned into a small, agile regional operator that will be an asset to a recovering South African economy.
Image: Supplied

Employees of SA Express have asked minister of public enterprises Pravin Gordhan to oppose an application to liquidate the airline, saying they have ideas on how to make it financially sustainable.

SA Express suspended operations on March 24 and most of the airline's employees were not paid their salaries for March. Last month, business rescue practitioners for SAA asked the high court in Pretoria to place the airline in provisional liquidation.

In a letter to Gordhan, the employees said they had a viable business case to present to him, if he could allow them room and time to build it and to see what aviation in Southern Africa looks like after Covid-19.

“We believe that a small, agile regional operator will be a tremendous asset to a recovering South African economy and see no reason it cannot be SA Express, with all its hard-won experience, its human assets and its world-class cadet training programme.”

The author of the letter, Willem van der Merwe, said though he was just an airline pilot, people behind him in writing the letter were professionals in all aspects of operating an airline.

"We received the letter this morning and the Ministry will give it the serious attention it calls for," Gordhan's spokesperson Sam Mkokeli said on Thursday.

One of the proposals was that SA Express lease the Airbus A319 aircraft from SAA to enable “thin but long” regional routes to be operated on behalf of the SA economy.

“From Johannesburg, it brings 120 seats to routes up to Nigeria, Somalia, Ethiopia, Angola, the DRC, etc. From Cape Town, it brings Angola into range, Botswana, Namibia, Mozambique, Malawi, etc,” the employees said in their letter.

The employees said they believed SA Express was a viable airline, which through years of neglect by consecutive boards and management teams who made disastrous decisions about the course steered by the airline, had never been able to prove its worth.

The letter said the airline had a lower cost base than SAA's and could do some things better and cheaper than SAA, if only it had the same support and the right equipment.

“Our jets are ancient. Our turbo-propeller aircraft were probably not the right choice for SA, but their high lease costs were the real problem.”

Van der Merwe said the airline had shrunk its pilot pool from 247 to 107 and reduced the flight attendant pools by more than 50% to become a leaner and more cost-effective business.

“To close us now would be criminal. I am a pilot and all I can tell the politicians is that SA Express is a viable airline and government should support us,” Van der Merwe said on Thursday.

Stranded Dutch, French and British nationals stuck in SA will soon travel back home as repatriation plans are put in place.
News
2 years ago

‘Thank you for fetching us,’ writes South African repatriated from China

The National Health Insurance (NHI) has shared a heartfelt handwritten letter, penned by one of the 146 people repatriated from China to the SA team ...
News
2 years ago

Durban's St Augustine's Hospital has been closed indefinitely after five of the eight Covid-19 deaths in the province stemmed from an outbreak at the ...
News
2 years ago