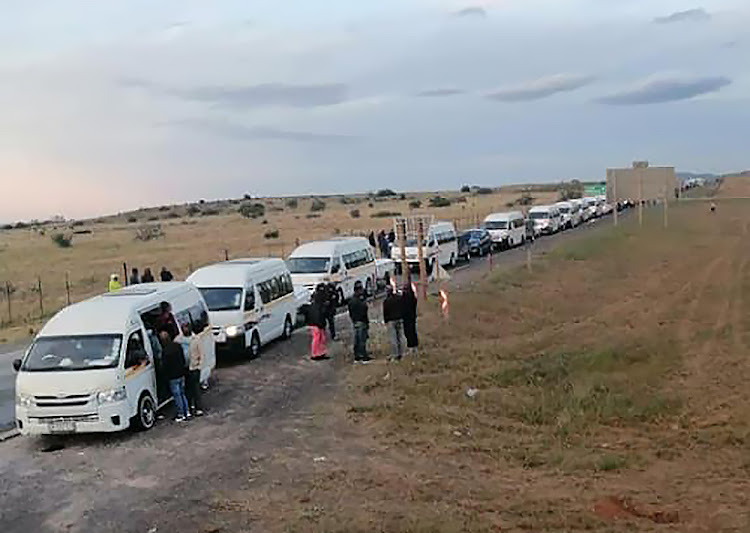 MInibus taxis and cars trying to travel to the Eastern Cape queued up at a roadblock.
Image: SUPPLIED

“Massive” numbers of people travelling in minibus taxis, mostly from the Western Cape,  attempted to  enter the Eastern Cape on Friday.

Many travelled from Cape Town, but have been prevented from going any further after reaching the roadblock at Aberdeen and other entry points.

It is understood that some travellers have procured false death certificates. Lockdown regulations state people may travel between provinces if they need to attend funerals, provided they have the requisite documentation.

“We are grappling with a huge number of people who are trying to enter the Eastern Cape. Seemingly the extension of the lockdown has caused unnecessary panic among some of our people, so they decided to pack their bags and come back home,” he said.

“We encourage those who are wanting to come to the Eastern Cape to stay at home, remain where you are, because you are going to encounter some problems when you get to our borders.”

He said unfortunately the provincial government had to take some “very unpopular decisions”. 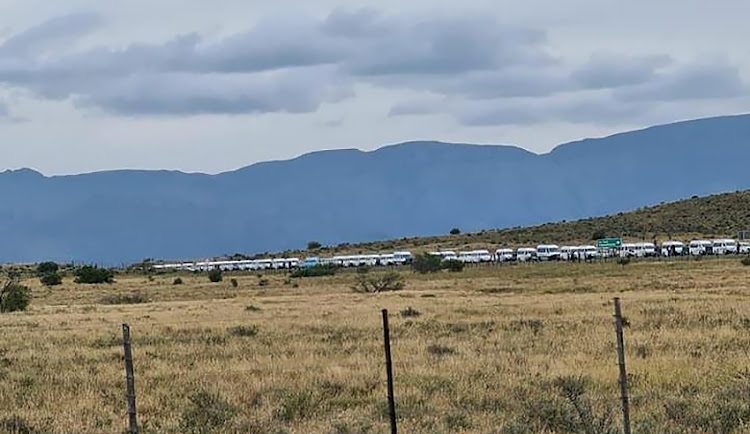 Minibus taxis standing bumper to bumper at a roadblock while attempting to travel to the Eastern Cape during lockdown.
Image: SUPPLIED

He said it simply could not be that “suddenly everyone was attending a funeral in the Eastern Cape”.

He said transport MEC Weziwe Tikana-Gxothiwe as well as the provincial police commissioner would attend to the matter, particularly at Aberdeen where there had been a “massive influx” of people  and a huge backlog of taxis.

The MEC had to leave a meeting with police minister Bheki Cele to deal with the situation, Binqose said.

They would explain the law to them, but “unfortunately we will have to strengthen the law” in the coming weeks.

“Of course they are also exposing themselves to many other dangers, apart from this virus, which of course are car accidents. If you are in the Western Cape or Gauteng or wherever you may be, please stay where you are.”

He said no-one wanted to see another extension of the lockdown but if “we carry on like this, we are running a serious risk of that happening”.

Binqose also urged the department's colleagues in the Western Cape to ensure the movement of people was restricted and controlled.

“The fact that many may have travelled from as far as Cape Town only to be caught in Aberdeen is disturbing.”

Eastern Cape premier Oscar Mabuyane on Thursday said that the constant relaxation of lockdown regulations was not helping the province in its ...
Politics
2 years ago

The ANC boss in Stella Ndabeni-Abrahams home province believes that the excitable minister has earned her suspension.
Politics
2 years ago