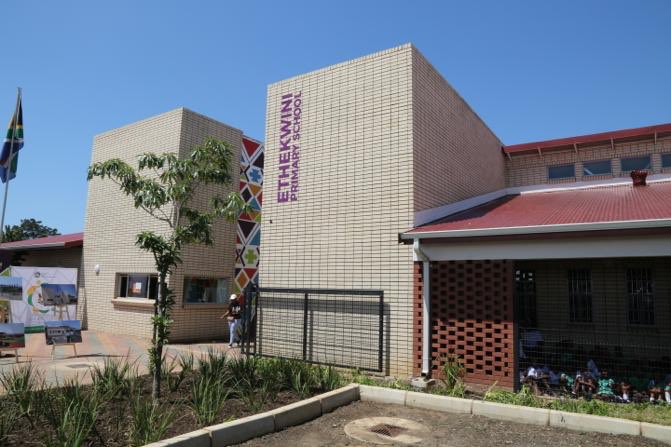 The state of the art eThekwini primary school in KwaMashu, north of Durban, was broken into on Sunday, April 12, 2020
Image: Twitter/@MshenguKwazi

A “state of the art” primary school in KwaMashu, north of Durban, was burgled on Sunday — yet another school hit by robbers during the nationwide lockdown.

This incident brought to 183 the number of schools vandalised, burgled or set alight across SA since the start of the Covid-19 lockdown — something that has left basic education minister Angie Motshekga horrified.

At least 55 schools have been reported to have been hit in Gauteng, 72 in Mpumalanga, seven in the North West and two in KwaZulu-Natal.

Speaking of the most recently reported incident, KwaZulu-Natal education MEC Kwazi Mshengu said on Monday that he had learnt that three laptops, a microwave oven, and 50 e-readers were stolen from the eThekwini Primary School.

“Education is paramount to the future of our young people and that of the country, and if you steal ICT (information and communications technology) infrastructure that is meant to enhance access to education then you are no different to someone who is stealing the future of the youth,” he said.

Mshengu said the department would push for harsh action to be taken against those who vandalise and steal learning support infrastructure in schools. 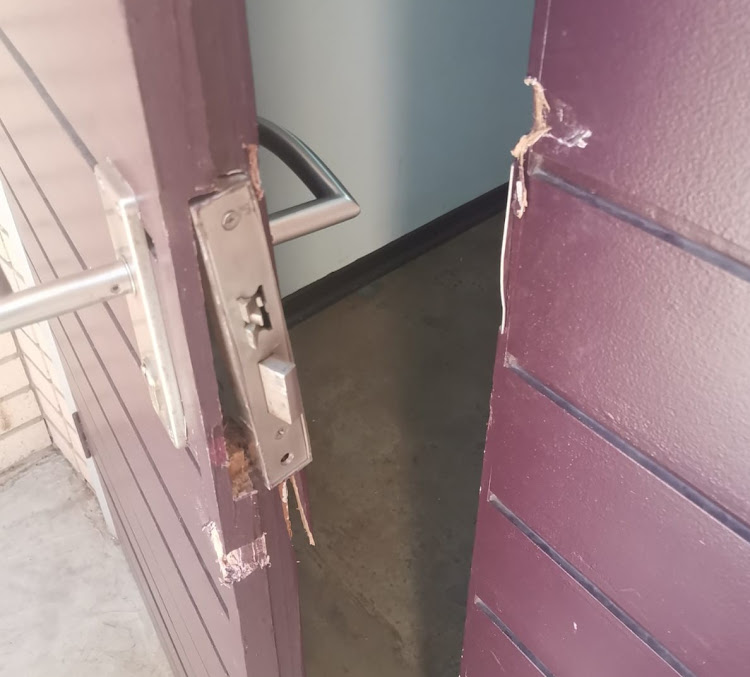 The lock on one of the doors at the school was completely broken by the buglers
Image: KZN department of education

He said the matter had been reported to the police, who are searching for the suspects.

“We have also received reports of similar cases from three other schools under Pinetown district namely Muziwabantu Primary school, Daluxolo Primary school and Maqadini Primary school (we are busy verifying those cases).”

Mshengu called on  members of the community to report any suspicious activities around schools to the police.

“It is quite disheartening that criminal elements in our communities could destroy the infrastructure of their own children with such apparent impunity. I am in constant touch with the minister of police [Bheki Cele], and with the assistance of the state intelligence forces, we are following leads to the immediate arrest and prosecution of every single criminal responsible,” said Motshekga.

More than 70 schools broken into in Mpumalanga during lockdown

A total of 72 schools have been broken into in Mpumalanga since the start of the national lockdown, the province's education department revcealed on ...
News
2 years ago

It's 'barbaric', says MEC as 7 NW schools vandalised during lockdown

Seven schools have been burgled and vandalised in the Bojanala and Dr Kenneth Kaunda districts in North West since the start of the lockdown two ...
News
2 years ago

The number of schools burgled, vandalised or set alight in Gauteng had increase to 40 by Thursday, the 14th day of the nationwide lockdown
News
2 years ago