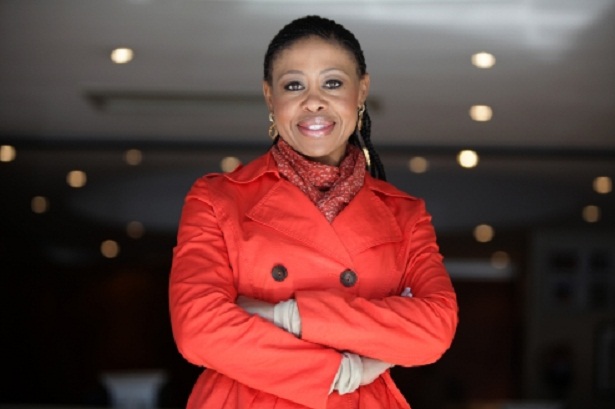 Soweto barista Somi Vilakazi died in hospital at the weekend of Covid-19, broadcaster and author Redi Tlhabi has disclosed.

He was a cousin of her husband, doctor Brian Tlhabi.

On Sunday, she shared their loss to her more than 500,000 followers on Twitter.

Vilakazi was 56 years old, and healthy until contracting the virus, she said.

He died at the Charlotte Maxeke hospital. His death, if confirmed, would be SA's 26th Covid-19 fatality. So far,  the country has 2,173 confirmed cases.

"Somi had no history of travel. He lived & worked in Soweto. He recently opened a coffee shop at the Hector Peterson Memorial. He was so proud. We can only suspect that he interacted with some tourists. We simply don't know & make no definite claims. He had no preexisting issues," she said.

The Gauteng  province has recorded 813 cases of Covid-19, the health department said on Sunday, an increase of 12 cases since data released on ...
News
2 years ago

After President Cyril Ramaphosa addressed the nation on Covid-19 on March 15, Vilakazi closed the coffee shop. This was prior to the lockdown was announced, which took effect on March 27.

He attended a funeral next door on March 19 and one in Limpopo on March 21, while practising social distancing.

On the drive back from Limpopo, he felt weak and fatigued. He experienced flu symptoms on March 22. Given the incubation factor, Tlhabi said he was unlikely to have contracted the virus at either of the funerals. "Symptoms showed on 21st so likely contracted a week to 2 weeks before. That's why we suspect coffee shop. 'Suspect' is key word here," she said.

On March 23, he went to a GP in Protea, ["worth tracing?", Tlhabi posted] where he was diagnosed with flu. On March 26, went back to the GP saying he felt worse. No Covid test was carried out.

"Here's where it gets interesting. 31st he goes to a hospital in Krugersdorp. They test for Covid19. NEGATIVE. NEGATIVE. He goes home, self isolates. His wife and son go to another home, just in case.

"April 5th he is in bad shape & goes to different hospital, Leratong. Admitted & tested again. Pneumonia and Covid-19 diagnosed on 7th. He is immediately taken to Charlotte Maxeke.

"He had not been anywhere between first Covid test (negative) and second test because he was so sick.

"On 9th April he is in ICU. 11th April put on a poly mask in the morning. His lungs are battling. In the evening, he dies."

Tlhabi said her husband was "hurting" at the loss, as they had been very close. She was sharing the information about Vilakazi so that officials could zero in and check where to trace people he had come into contact with, including the GP and at the funerals.

"I am sharing this to educate others, to share our journey and to help officials identify if there is any need for further tracing, based on our cousin's journey. This is not a debate. It is not criticism. There's nothing to criticize. I am sharing Somi's steps with love & grace."

The family is feeling another blow with his funeral arrangements.

Tlhabi said the hospital "was so gracious as they explained logistics. He must be buried within three days. No one must touch him & his body must not be viewed or enter his house. He can pass by on his way to cemetery.

"The irony. The guy who attended everyone's funeral. I teased him about it. . .always pitching to support and send others along final journey. Today he goes without so many who loved him."

Vilakazi, she said, raised a 5-year-old son when his first wife died suddenly in 2005.

"He is not a statistic. But ours; loved and adored. He recently remarried and love reigned supreme. That's what matters."

The total number of confirmed Covid-19 cases in SA has risen by 145 to 2,173, the health ministry said on Sunday.
News
2 years ago

Redi Tlhabi: 'Wash your hands' is a joke when directed at communities begging for water

Redi Tlhabi to stepdaughter Coconut Keltz: 'You have been nothing but love to me'