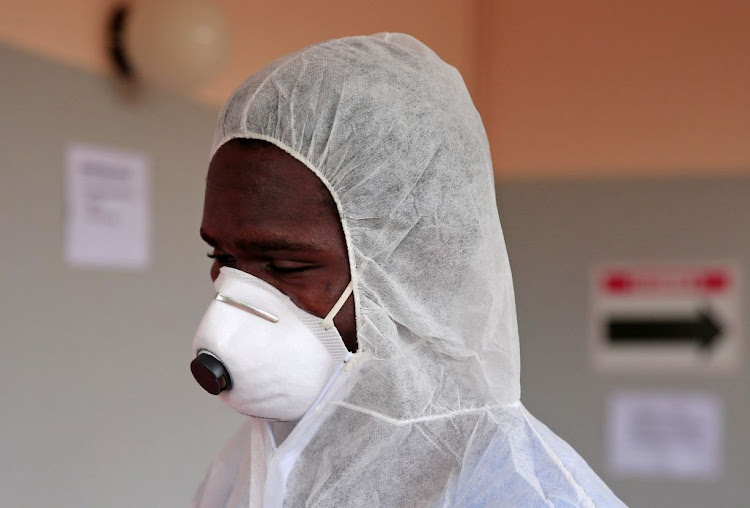 Eight emergency medical workers based at Grey’s Hospital in KZN were suspended after refusing to treat a Covid-19 patient without the required protective gear.
Image: REUTERS/Philimon Bulawayo

The employees are based at Grey’s Hospital in Pietermaritzburg, KwaZulu-Natal.

In a statement, the PSA said the employees were on night-shift duty, which starts at 7pm, and were informed by the shift supervisor that a patient in Northdale had tested positive for Covid-19 and had to be transported to the hospital by ambulance.

At least 12 staff members at Mediclinic Morningside in Johannesburg, seven of whom are healthcare workers, have tested positive for the coronavirus, ...
News
2 years ago

“They then raised serious concerns with the supervisor as there was no personal protective equipment [PPE] supplied. They also raised concern about the fact that they never received training on handling Covid-19 patients,” said the association.

It is alleged that the night-shift supervisor failed to provide the employees with answers or the protective gear required to treat the Covid-19 patient and instead called in a district manager.

The manager arrived at about 10pm and deliberated with employees but still did not provide the required gear. Instead, the decision was taken to charge all eight employees for failing to take a lawful instruction.

The KZN health department said this was untrue and an exaggeration.

“As a matter of principle, the department does not publicly discuss labour relations matters that are between employer and employee,” said spokesperson Ntokozo Maphisa.

“That said, we can confirm that this is an old misunderstanding that has long been exhausted, which certainly does not warrant this level of distortion of facts and grandstanding.

“Allegations concerning the 'non-training' of EMS personnel or their purported lack of access to PPE are not true.”

The men, aged 38 and 41, were arrested at a guesthouse in Umbilo, Durban, on Sunday after they ran away from police at the Swaziland border.
News
2 years ago

‘We can overcome this pandemic’: Gauteng health MEC

Labour court judge Benita Witcher, in a scathing judgment against Nehawu in a case over protective gear for health workers, says the public sector ...
News
2 years ago