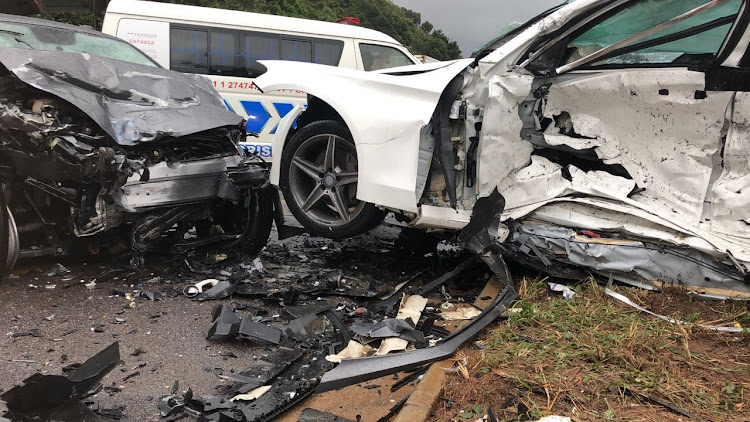 Far fewer road accidents and fatalities were recorded on Mpumalanga's roads this Easter weekend compared with previous Easters, as the country remained in lockdown.
Image: Netcare 911

Seven people died in car accidents in Mpumalanga over the Easter weekend - a massive drop from the year before.

With the coronavirus lockdown being in place during the Easter weekend, the Mpumalanga community safety department said the province experienced a significantly lower number of road accidents and fatalities.

Last year during the Easter weekend, the province recorded 31 fatalities as a result of car accidents. This year, seven lives were lost.

Roadblocks had been put in place at the entry and exit points of the province since April 2. During this time, 18,629 vehicles were stopped at roadblocks.

“These vehicles were stopped in the 14 roadblocks being conducted on various roads across the province,” Mmusi said.

“The law enforcement operations are placed on roads that links the province with Limpopo, Gauteng, KwaZulu-Natal provinces as well as the Kingdom of Eswatini and Mozambique.”

Ten drivers were issued with notices to discontinue their vehicles from being on the road due to defects. Fourteen motorists were arrested for various offences including speeding and failure to produce valid documentation, among others. A further 464 summonses were issued during this period.

Meanwhile, Mpumalanga community safety, security and liaison MEC, Gabisile Tshabalala, expressed regret at the loss of life, saying any loss of life or injury on the road was one too many.

“Motorists should not drive well and obey the rules only when they see the traffic officers. Considerate and positive driver behaviour must become second nature in every motorist so that needless loss of life is eliminated,” Tshabalala said.

“We must use the road with great care and whether there are high traffic volumes or not, if we all follow the rules, there will be fewer deadly crashes,” Tshabalala said.

The request by Implala Platinum (Implats) for some employees to return to work on Tuesday was disrupted by roadblocks preventing workers reaching the ...
News
2 years ago

It is understood that some travellers have procured false death certificates. Lockdown regulations state people may travel between provinces if they ...
News
2 years ago