An unprecedented level of looting along Cape Town’s Metrorail central line will render commuter train services to the city's poorest communities inoperable when the Covid-19 lockdown is lifted.

But as the lockdown delays the Passenger Rail Authority of SA's R1.4bn “central recovery plan”, which will include walls and a security fence along the worst-hit stretches of line, an April 2021 recovery deadline seems unlikely.

On Wednesday, TimesLIVE filmed a man on top of an overhead mast in Bonteheuwel. In broad daylight, he was disassembling the last remnants of infrastructure left along the crucial length of Cape Town’s train line.

There were no overhead electrification cables left. Train masts lay across the tracks, pulled down and waiting to be cut up and shipped off to weigh at illicit “bucket shops”, where thieves get paid per kilogram. 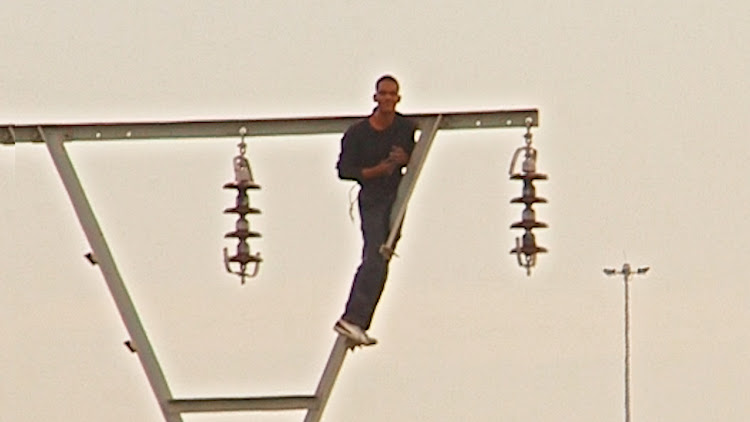 As TimesLIVE filmed the man next to the N2 highway, law enforcement officers from the city’s rail enforcement and metal theft units arrived and apprehended four men loitering in the area beneath the masts.

The officers on the scene said they rushed from incident to incident to curb the looting - but it’s a battle they were not winning.

Large bolts lay scattered around the next mast targeted for destruction. The tracks have been repurposed for use as a dump site by the impoverished residents.

As the officers argued with the mothers of the men, a few men wearing silver rings and with gang tattoos on their faces threatened the suspects not to give information to the police - in full view of the law enforcement officers, who seemed unable to do anything but threaten the crowd with arrest for violating lockdown regulations.

Commuter train services along Cape Town’s central line, which runs between the Cape Town CBD and the southeastern end of Khayelitsha and Mitchells Plain, were suspended in November last year after thieves and vandals targeted the train infrastructure. 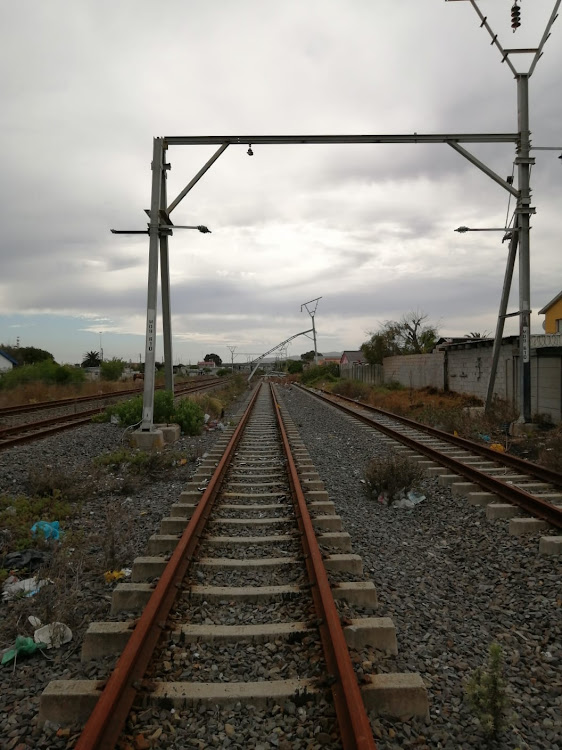 Cape Town Metrorail spokesperson Riana Scott said the stretch of line, which runs through some of the city’s poorest communities – also the areas most affected by gang violence – had made the route unsafe to operate.

“As you’ve observed today, the Bonteheuwel-Netreg-Nyanga area is unfortunately prone to crime and recurring vandalism, which lead to [the] total destruction of rail infrastructure required to operate trains safely,” she said.

“In addition, illegal electrical connections ingress onto the rail reserve, disposal of sewage onto tracks by informal settlements along portions of the route, sporadic gang turf wars and frequent service delivery protests make it impossible to restore services without major intervention.”

Scott said the regular patrols and arrests were having little impact on the destruction of Metrorail infrastructure.

“Despite regular patrols and arrests with regards to metal theft in terms of the Criminal Matters Amendment Act, the incidents are likely to continue during times of economic hardship and until Prasa has erected the required and appropriate fencing and walling in high-priority areas such as these,” she said.

She said the fencing and walling project was part of the “central recovery plan”, the details of which Prasa administrator Bongisizwe Mpondo shared with local stakeholders during his last three regional engagements.

She said the recovery programme would continue as planned when the lockdown period ended.

“At this stage, there is no estimated time of commencement yet, as the procurement process is under way and being monitored by the project team. Prasa’s modernisation programme will continue as well.”

The embattled Passenger Rail Agency of SA (Prasa) has placed 12 of its senior officials on suspension over allegations of misconduct.
News
2 years ago

Drones, 4m-high concrete walls and facial recognition technology. These are the Passenger Rail Agency of SA’s (Prasa’s)   last-ditch attempts to ...
News
2 years ago