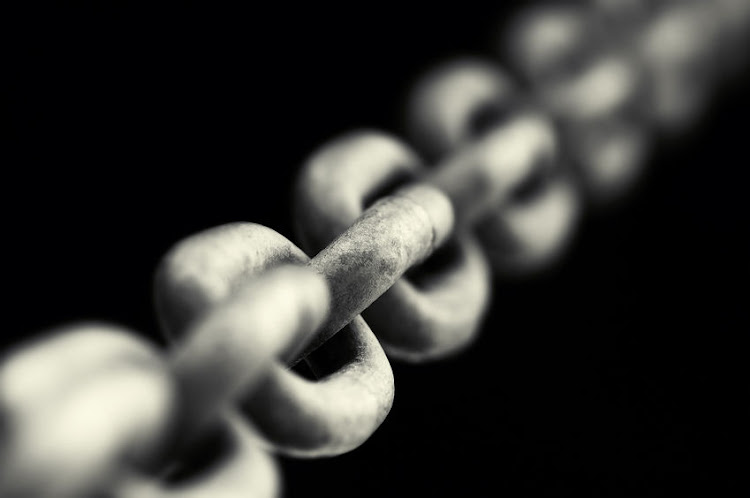 An alleged thief was chained to a chair by a mob who accused him of stealing a television.
Image: 123RF/Altin Osmanaj

Three people, including two women, have been arrested after the discovery of a  23-year-old man's body in an open field in Vlakfontein, south of Johannesburg.

Mvula said reports indicate that around 13 men and two women went to the man’s house in the early hours of Wednesday and accused him of stealing a television.

“They were visiting all the places that the deceased was pointing out as a hiding place of the stolen property.

“The group allegedly went ahead and forcefully conducted a search inside the house, but could not find any of the alleged stolen items.”

The man was then chained to a chair, before the group left the house. It is unclear how he died, but his body was found later in an open field.

Two women, aged 22 and 37, and a 47-year-old man were arrested and charged with murder. They are expected to appear in court soon.

A Johannesburg police officer was shot dead while attending to a domestic violence case in Sandton on Thursday night.
News
1 year ago

An 18-month-old baby was found next to the body of her murdered mother at their home in Willowvale, Eastern Cape over the weekend, police said.
News
1 year ago