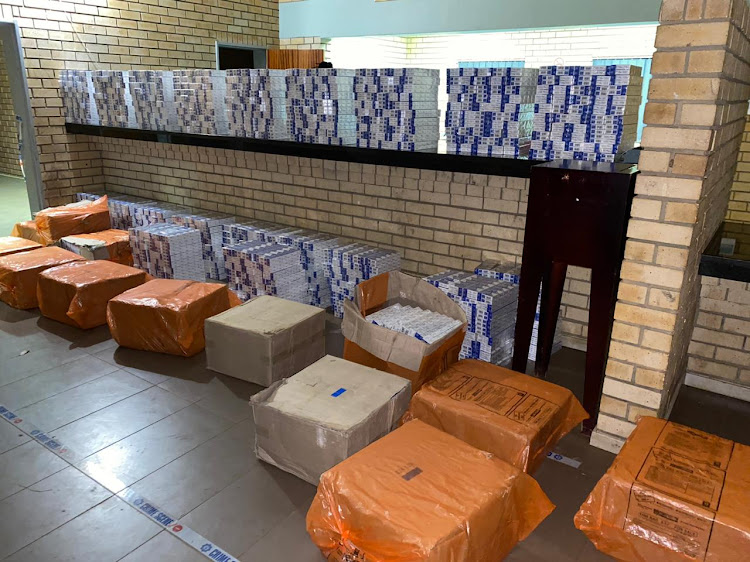 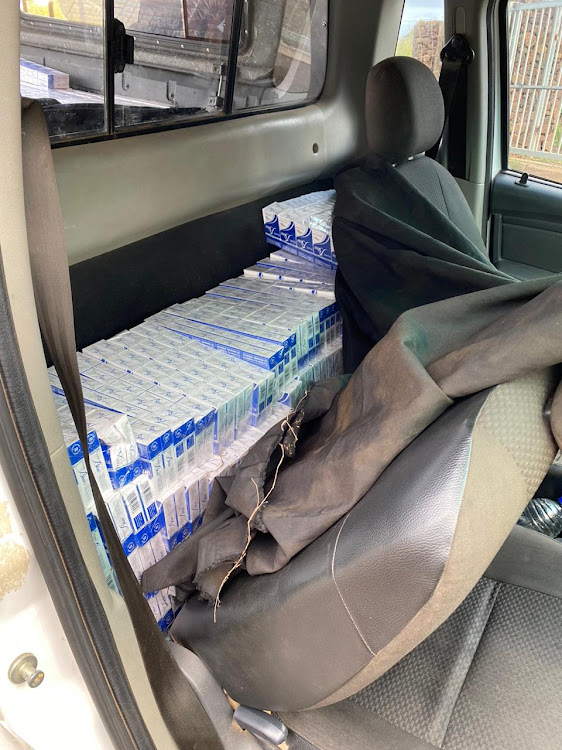 Three men have been arrested in northern KwaZulu-Natal after they were caught transporting 20,095 packs of cigarettes from Mozambique on Thursday.

"A search was conducted and 40 boxes, each containing 500 packets of cigarettes, were seized by police. The street value of the recovered cigarettes is estimated at R900,000."

Gwala said the men, aged between 28 and 54, were arrested.

"A 33-year-old suspect was also charged for being an illegal immigrant. They will appear in court soon facing charges for being in possession of illicit cigarettes."

"This arrest will send a clear message to others who are contemplating smuggling illicit cigarettes into the province. Operations are in place to combat all forms of criminality in the province,” said the KwaZulu-Natal provincial commissioner, Lieutenant General Khombinkosi Jula.

Image: Supplied Most of the cigarettes were in the back of a bakkie.

TimesLIVE understands the men were en route to the KwaDukuza area. Two of the suspects are believed to be South Africans and the third suspect is a Mozambican national.