By Anthony Molyneaux and Aron Hyman 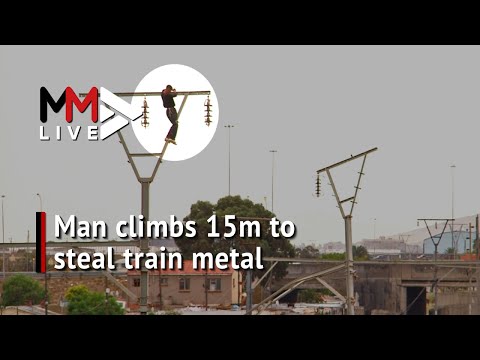 On Wednesday afternoon, TimesLIVE filmed a man on top of an overhead mast in Bonteheuwel, Cape Town. In broad daylight, he was disassembling the remnants of infrastructure left along Cape Town’s Central train line which services millions of people in Khayelitsha, Mitchells Plain and Nyanga.

Theft of Metrorail cables, metal and infrastructure has led to a complete shutdown of the Central line since November 2019.

There were no overhead electrification cables left along the line where the man was attempting to carry out the theft. Train masts lay across the tracks, pulled down and waiting to be cut up and shipped off to be weighed at illicit “bucket shops”, where thieves get paid per kilogram.