Does the BCG vaccine help with Covid-19? The experts weigh in 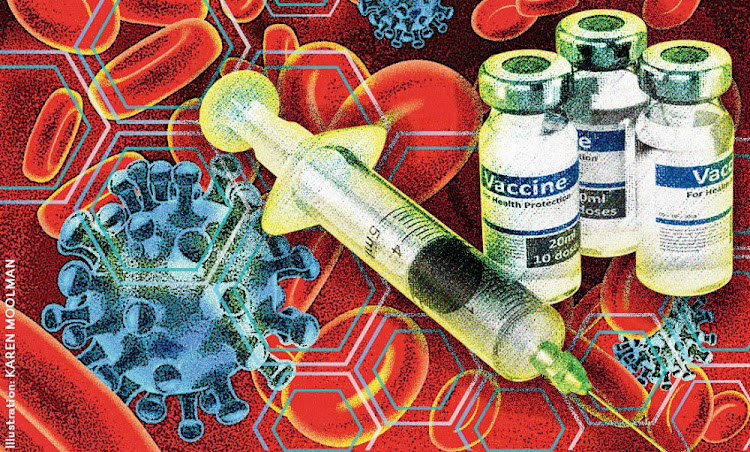 South Africans have been holding out hope that the BCG vaccine, given to newborn babies in the country at birth, provides a degree of protection against Covid-19.

BCG is a tuberculosis vaccine.

However, many epidemiologists are cautioning that more evidence is needed and that there could be other factors at play in the correlation that was found.

Professor Salim Abdool Karim is sceptical the BCG vaccine can have an impact on the Covid-19 outbreak in the country.
News
1 year ago

Madhukar Pai, the scientist from India whose decade-old BCG Atlas was used in the studies, said in a statement: “We need to tone down the hype and focus on getting stronger trial evidence, because the hypothesis is definitely worth chasing. The good news is that rigorous trials are getting under way, to settle the issue, one way or another.”

There are two points here: the one is whether the vaccination at birth can help you later in life, and the second is whether a shot in an adult arm can give that adult any protection.

Experts say it is crucial to wait until the clinical trials are concluded but even so, the suggestion that it could be the case has got South Africans asking many questions.

Can a vaccine protect us against something for which it was not designed?

According to Prof Greg Hussey, who heads up Vaccines for Africa at the University of Cape Town, the vaccine first came about in 1921 and was distributed to “a number of laboratories worldwide”.

Different forms of the vaccine were then created, and today, evidence which Hussey calls “somewhat controversial”, suggests that newborn BCG vaccination may improve general protection against certain respiratory infections by the mechanism of “trained immunity” (when the immune system is “trained” by the vaccine to recognise a respiratory infection later in life and respond more quickly).

We do know that the BCG vaccine can provide protection against diseases that it doesn’t specifically target, but we just don’t know yet about Covid-19.

How likely is it that I received the vaccine?

In SA, it was first used in the early fifties, but Hussey says it was only “sporadic” and was given to school-going children.

It was only from “1973 that BCG has been given universally to all newborn infants with very high coverage in SA”.

What about getting the vaccine as an adult to protect against Covid-19?

Hussey says the first point to note is that these early studies “do not prove causality and we have to be mindful of the potential for over-interpretation of results”.

Also, it should be noted “that there are no data to confirm whether the BCG vaccine is safe in older adults”.

He says that “using any vaccine in the elderly needs to be studied to ensure that it is safe and does not cause problems”.

Also, BCG vaccine “should definitely not be administered to individuals who are immunocompromised as it can lead to significant complications”.

Will there be any trials in SA?

Hussey says “it is conceivable that BCG revaccination of adolescents and young adults without latent tuberculosis infection might offer some non-specific benefit against Covid-19”.

Latent tuberculosis means that you’ve been exposed to the bacteria that causes tuberculosis, and your body has had an immune response, but you are not actively ill and cannot pass it on.

He said this hypothesis can be tested retrospectively in an ongoing SA trial, but that recruitment for this trial is “currently paused due to the Covid-19 lockdown”.

So how hopeful should we be?

Prof Shabir Madhi, a vaccinology expert at Wits University, concurs with Hussey about being cautious. He said, “the current data on BCG and Covid-19 are at best very flawed in the nature of the analysis to suggest any effect”.

Prof Salim Abdool Karim, who is in an advisory role to the government, said it was “an interesting hypothesis” but that the study was likely possibly flawed, and that he would “wait for the data” to make up his mind “firmly one way or the other”.

The World Health Organisation said, “In the absence of evidence, WHO does not recommend BCG vaccination for the prevention of Covid-19. WHO continues to recommend neonatal BCG vaccination in countries or settings with a high incidence of tuberculosis.”

Can SA's decades-old vaccine regime work in our favour against Covid-19?

It’s too soon to say for sure, but a new study by scientists at the New York Institute of Technology (NYIT) could indicate a major score for SA in ...
News
1 year ago

The world will need more than one Covid-19 vaccine, GSK CEO says

The world will need more than one Covid-19 vaccine so drug companies must partner in the race to develop the weapons to fight the novel coronavirus, ...
News
1 year ago

Covid-19 could be with us for years

SA’s lockdown has bought the country time to prepare the health system for Covid-19, but there is no escape from the highly contagious virus.
News
1 year ago
Next Article