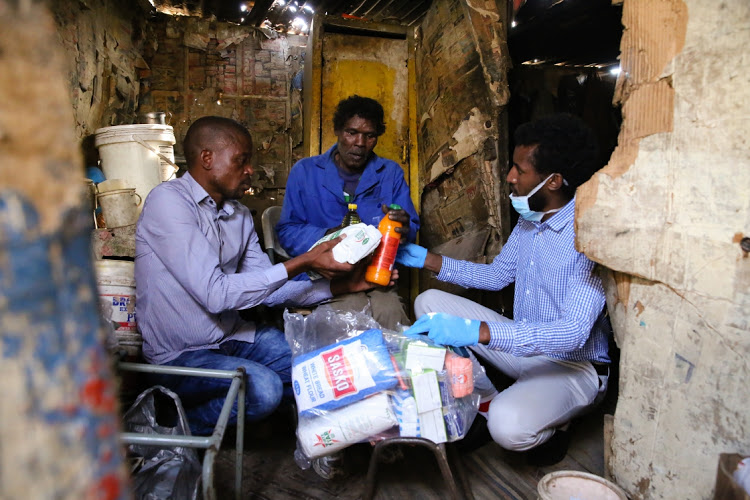 Shop owners in Booysen Park have heeded President Cyril Ramaphosa’s call to help the needy by handing out 50 food parcels in Ward 29. Abdi Qani, from Saverite Savemore, right, and Ward 29 councillor Vukile Dyele left, give a food parcel to John Maxhego, 64, who has been living in a shack in Polard Park for the past 15 years
Image: Werner Hills

Fewer than 75 food parcels for a ward.

That is what is available through the department of social development for Nelson Mandela Bay residents who, in ever-growing numbers, are going hungry during the lockdown.

Food aid to the Eastern Cape is under the spotlight after government figures showed the department would be able to feed only a fraction of the hundreds of thousands of destitute households across the province.

Motherwell builder Urayai Mugari, 33, is one of many parents in the metro desperate to feed his children.

He said he had only a few slices of butternut left to feed the five members of his family.

“My children are Jabu, 8, Righteous, 5, and Zanele, 2. They are too young to understand. They just say they are hungry. It is very tough to hear them.”

Mugari said he usually survived on part-time construction jobs but had not worked for two weeks before the lockdown started on March 27.

“I cannot look for work during the lockdown so from then until now I have been without an income.”

He said, while he understood the need for the lockdown, it had affected him badly.

Originally from Zimbabwe, Mugari has been living in SA since 2009.

“I am afraid my family and I will suffer badly from hunger.”

He said the family had received a butternut from his brother, who had a job.

“We slice it, boil it and eat it like that. We had some yesterday and will have it again tonight,” he said.

Missionvale resident Johannes Goliath, 35, who is also one member in a family of five, said the lockdown was frustrating and depressing. He said while the family was adhering to the rules, by doing so “we are dying of hunger”.

“Giving food to the needy is really good. There are a lot of people who are hungry right now in this area," he said. “I’m unemployed, as are most people in this area, and our groceries ended on March 7.” 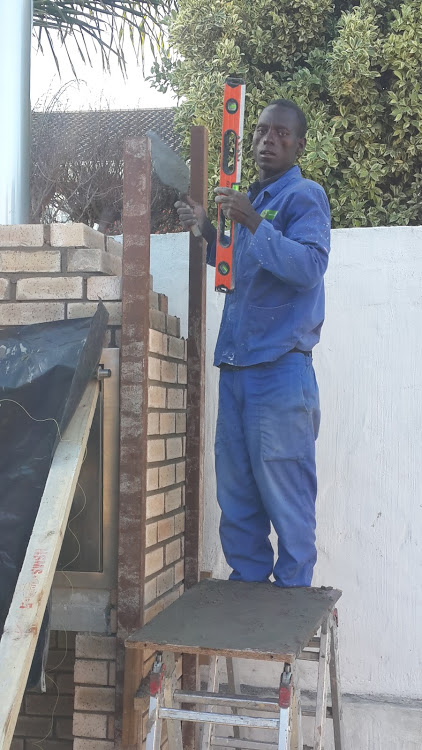 Motherwell builder Urayai Mugari, 33, has not been able to work since before the lockdown, and his family of five had only a few slices of butternut to eat when interviewed.
Image: Supplied

Responding to concerns about the food parcel figures on Wednesday —  just three days after they were collated and signed off in a department memo —  spokesperson Gcobani Maswana said the national government was now supporting the roll out of food aid across the province, and the system was performing well.

On Sunday, however, provincial department head Ntombi Baart said in a memo that the available funds were “very insufficient”.

Baart said the funds would cover the purchase of only a little more than 37,000 food parcels while there were more than 264,000 households that did not know where their next meal was coming from.

DA MPL Edmund van Vuuren said the party had called on the department to urgently apply to the provincial treasury for additional funds, and his understanding was that this was being done.

He said the department’s own figures showed the combined budgets of the SA Social Services Agency (Sassa) Eastern Cape branch and the department would be sufficient to provide only 37,242 food parcels, thereby meeting just a fraction of the need.

Asked about the concerns raised by Van Vuuren, based on Baart’s memo, an upbeat Maswana  did not respond directly to the questions, saying the support being received from the national government and its partners was key.

“The department is on track to ensure the vulnerable and poor people of our province are able to access food during the lockdown and beyond.

“As a provincial department, we are working with the national department of social development which has forged a strong national partnership with businesses and humanitarian relief organisations to ensure all the citizens of the Eastern Cape who are facing undue hardship are catered for and relieved of any distress that might be caused by the lockdown and Covid-19,” Maswana said. 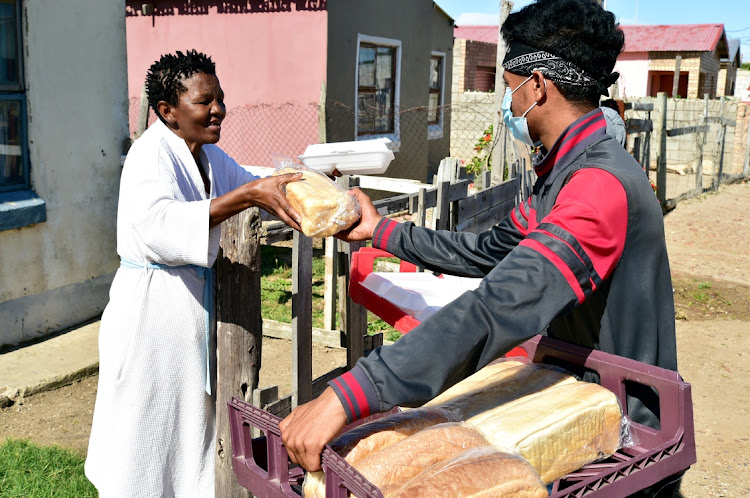 Members of the community outreach group Concerned Citizens PE Metro and Jadeed’s Bread employees handed out bread and other food to the needy in Missionvale yesterday. Ilyaas Stephens delivered a loaf to Nomalungelo, 52.
Image: EUGENE COETZEE

He said the provincial department was working hard and linking with local partners in the spirit of ubuntu to ensure aid reached every vulnerable citizen of the Eastern Cape.

“We appeal to the people of the Eastern Cape to be calm during this time and not to panic as the government is oiling its machinery.”

In her memo prepared for Lusithi in response to questions put to the MEC in the letter from Van Vuuren, Baart said the provincial budget for the 2020/2021 financial year for Sassafor the provision of food parcels was R45,584,000.

There was no special separate budget to respond to the Covid-19 pandemic, but the agency’s regional offices had been authorised to use the entire equitable share within a short time to respond to the crisis, she said.

“Provincially, Sassa will be procuring 33,390 food parcels with its allocated budget.”

The funds would be divided across districts, and Nelson Mandela Bay had been allocated R5,925,920, she said.

“With this allocation, the Nelson Mandela Bay municipality can procure only 4,341 food parcels. This translates to 72 food parcels per ward, taking into account the 60 wards within the metro.”

Baart said the department itself did not have a special emergency disaster fund to activate to counter the negative effects of the lockdown, but it would be using its equitable share budget allocation in this regard.

“The allocation for social relief of distress is R5.239m, which can procure about 3,852 food parcels.”

She said the department was aware of the shortfall between the aid it could presently offer and the people needing it, and was working to overcome this.

“The department is developing a proposal for submission to the provincial treasury as the current budget allocation for social relief services is very insufficient to cover the 1,256,508 households in the Eastern Cape that live below the minimum living level, of which 264,312 households have no income and are thus not certain where and how to get their next meal.”

Meanwhile, on the ground it was clear this week that the lockdown was causing wide-scale hardship.

A crowd of Zwide residents queued for food at Sassa’s offices yesterday, on Thursday with many saying they had no income.

Phakama Mvimbi, 24, said she did not have a job and relied on handouts and odd jobs, but these had been scarce since the lockdown.

“I am looking for any kind of help. I was here yesterday but I think they ran out of food parcels and we were told to come back today,” Mvimbi said.

Nobethu Dilika, 58, said two of her three grandchildren were Sassa beneficiaries but since the lockdown the grant payments had not been enough and they had run out of food.

“The fact that they could eat at school was good because we could get through the month, but things are not easy now because we are all at home and we need help,” Dilika said.

In the  Exuphumleni informal settlement in Kwazakhele, Nozuko Mahlobisa, 46, said she usually worked on a no work, no pay basis and had also hoped to receive groceries.

“I do not know how I am going to survive. How does the government allocate 72 food parcels per ward?

“The shacks that are in this informal settlement are more than the people who can get these food parcels,” she said. — Additional reporting by Zipo-zencosi Ncokazi and Naziziphiwo Buso

Experts believe the recent looting at shops and vandalism of schools are a mix of sheer criminal activity and people acting out of pure desperation.
News
1 year ago

On Wednesday afternoon, TimesLIVE filmed a man on top of an overhead mast in Bonteheuwel, Cape Town. In broad daylight, he was disassembling the ...
News
1 year ago