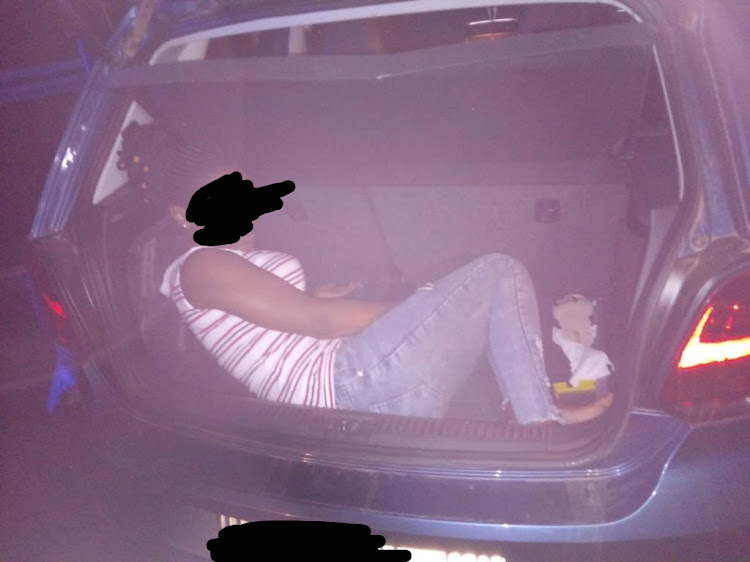 A man was arrested at a roadblock in Gauteng when he attempted to “smuggle” his girlfriend out of Gauteng, MEC for safety and community Faith Mazibuko said.

Mazibuko said the car was stopped and searched at a roadblock on the N12 on Friday.

When officers asked the man to open his boot, they found the woman inside, she said.

He was travelling without a permit.

Mazibuko said the woman was also arrested because “she consented to be smuggled”.

A man was arrested at the N12 roadblock on Friday, 17 April, for attempting to smuggle his girlfriend out of GP to MP, without a permit.

Law enforcement asked the man to open the boot to search, they found a lady inside.
She was also arrested, she consented to be smuggled. pic.twitter.com/QuONdyDz0p

A traffic officer died after he was run over by a speeding car during a roadblock on the West Rand at the weekend.
News
2 years ago

At least two people were arrested and nine others sent back home at a roadblock on the N4 highway between Mpumalanga and Gauteng on Friday.
News
2 years ago

Johannesburg authorities have nailed more than a dozen chancers who were trying to breach lockdown regulations - including one man who was en route ...
News
2 years ago