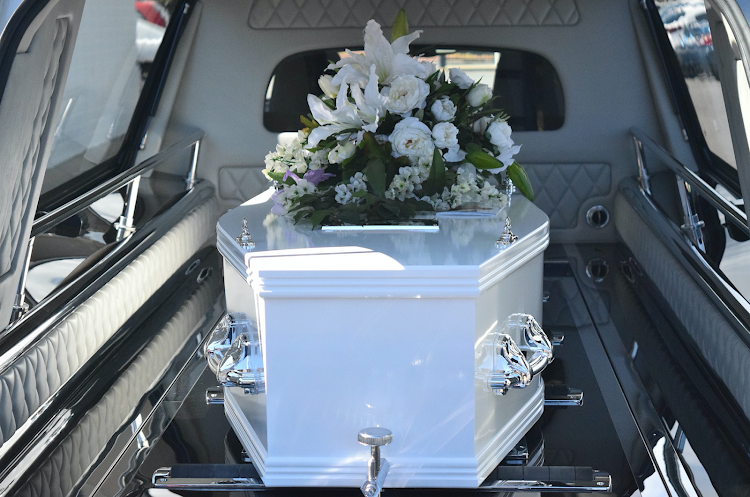 Two people who work at the funeral parlour that conducted the doomed March 21 funeral in Majola village, Port St Johns, have tested positive for Covid-19.

Eight more workers, at Mfolozi Funeral Parlour's Port St Johns branch, have already tested for the virus but are yet to receive their results, .

The Majola village is considered the epicentre of the virus in the OR Tambo district.

Mfolozi Funeral Parlour owner Nocawe Makiwane told DispatchLIVE on Monday: “The employee who went to Majola village tested positive, along with our receptionist, who deals with walk-ins.

“All the other employees in the business are now anxious. They don't know what to do and I've been trying to get information from the health department, but to no avail.”

Makiwane said after the provincial government appealed for people who attended the funeral to come forward, she swiftly alerted the authorities that her parlour had conducted the funeral service.

That led to her Port St Johns branch being closed.

She said health authorities instructed her to disinfect the premises, which she did on Friday.

“We came forward because our Port St Johns branch conducted that funeral. I immediately called the MEC [of health, Sindiswa] Gomba the day before Good Friday, and she put me in touch with people on the ground who came to test my staff members for the coronavirus.

“But since then we have not received any official instruction on how to go about reopening that branch. We have done everything they told us to do,” said Makiwane, who owns five other branches in the Eastern Cape.

Makiwane said only the two workers who tested positive received their results last week. The remaining eight had not.

“The government is saying people must test but they are not assisting us. They tested our staff on April 11 but they still haven't received their results by April 20. We were told these results take two or three days.”

She said both employees who tested positive for Covid-19 were now receiving treatment at St Barnabas Hospital in Libode.

We have to change the way we do things at funerals, the health minister said on Saturday night.
News
1 year ago

Makhiwane said she had hired a private contractor to decontaminate the premises of the Port St Johns branch.

“I have done everything as per instructed by the officials who came here to close us down. We started to decontaminate all our businesses accordingly and we have it on video.

“All this is starting to affect our business now because people are saying all sorts of things now — that we have been closed down because of coronavirus, which is not true, because we have dealt with the problem and we are taking measures to prevent more infections.

“We have moved all the bodies from that branch, which is expensive. But the disappointing thing is that there is nothing on paper that spoke to the closure of our branch. Government officials just came and told us we have to close shop. No official letter, no nothing. And to me that is bullying. They could have told us what to do if we still want to operate, because at some point we have to bury the bodies we have — people need to lay their departed loved ones to rest.”

Health department spokesperson Judy Ngoloyi said: “So far two people have tested positive. The parlour is a private business and not a government business.

“We have since advised that they decontaminate their centre. They need to follow up [workers'] results with the testing team.”

Eastern Cape premier Oscar Mabuyane said just more than a week ago funerals were a headache for the provincial government in terms of controlling the spread of the coronavirus.

“The two funerals — one in Port St Johns and one in Port Elizabeth — are our headache here. Most of the cases that are now giving us this growth in the statistics are linked to those two funerals.”

A 44-year-old taxi owner allegedly behind arranging fake permits to allow  a number of taxis to travel   from the Western Cape to the Eastern Cape ...
News
1 year ago

'We are ready for the storm,' says Salga as municipalities prepare for mass burials

The country's eight metro municipalities are gearing up to deal with mass burials related to Covid-19 deaths, with the pandemic expected to reach its ...
Politics
1 year ago

Show us the money: SA wants bold action from Cyril, and it wants it now

Pressure is mounting on President Cyril Ramaphosa and his cabinet to announce a stimulus plan to cushion the country from lockdown.
Ideas
1 year ago