Medium-size farmers, who do not qualify for R1.2bn Covid-19 relief package, feel the bite 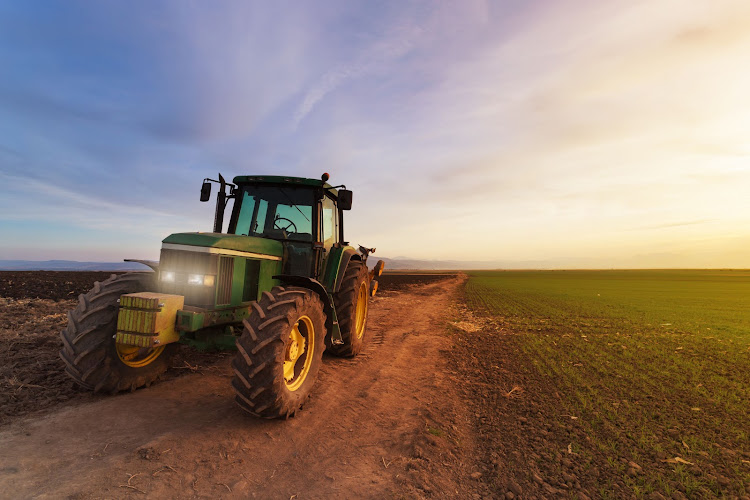 Revenue down, jobs on the line in agricultural sector as Covid-19 bites farmers.
Image: 123rf.com/Cristi Kerekes

Still battling the drought, Eastern Cape farmers are being squeezed further by the Covid-19 lockdown.

Some of the worst-hit are medium-size farmers, who do not qualify for government's R1.2bn Covid-19 relief package, which makes provision only for farmers who earn between R50,000 and R1m a year, reports HeraldLIVE.

Agriculture minister Thoko Didiza said earlier in April that machinery, infrastructure and overhead costs would not be supported and that there would be no payment of debt or financial support. The DA called for the aid package to be reconsidered as the lockdown was having a devastating impact on the finances of medium-scale farmers, who were consequently struggling to adhere to lockdown regulations .

One such farmer, William Kapank, has been in the vegetable farming business in the Langkloof for more than 35 years,

Kapank said trying to keep his farming business afloat during the pandemic has been a challenge.

He further added that his team was harvesting 10ha of potatoes at present, but he could not do business like before because his usual local markets were not available and his financial income had been cut.

“Our sales have gone down — shops are closing earlier, some of our customers are not even requesting supply at the moment, and we have had to cut down on the amount we supply to the shops.

“I could say we are losing about 50% of our usual revenue,” Kapank said, who grows potatoes, tomatoes and cabbage.

He said he was nervous about making ends meet and still needed to pay his 15 permanent workers and 25 seasonal workers .

“And you must remember we are also dealing with the drought, which has had added expenses.

“We hope we get through this.”

Another medium-scale farmer, Leon Barends, who grazes goats and merino sheep in Graaff-Reinet, has already had to lay off nine workers because his business is at a standstill and he is not able to pay them.

Barends said since the shutdown he estimated a revenue loss of about R10,000 a month and, compared with last year, he was down 50%.

He said he had applied for disaster-relief funding but was not sure if it would be enough and a cash injection would have been better.

Simphiwe Yawa, a citrus farm manager in Uitenhage, said medium-scale farmers were also contributing to food security during the shutdown and providing employment, and it was not fair to exclude them.

“Commercial farms — we have to assume their finances are in order.

“But there is a real struggle for small- to medium-scale farmers,” Yawa said.

“It does not seem wise to exclude them from any type of assistance. Production is now slow for everyone because we all have to adhere to the new regulations.”

He said the farm he managed had incurred extra costs because of the regulations, especially when it came to transporting staff.

“Before, our ratio was four pickers to one tree but because of the [coronavirus] situation we are not using the seasonal workers any more and we now have one picker per tree.”

The government lockdown regulations on the transport of farm workers stipulates that vehicles should not be more than 50% full.

“Employees and drivers should at all times be in possession of the permit designating them to perform an essential service and ... employees must be required to follow hygiene procedures such as using hand sanitisers and/or washing hands before entering a vehicle,” the regulations state.

Another Eastern Cape agricultural sector battling during the lockdown is said to be the wool and mohair farming category, Agri Eastern Cape president Dougie Stern said.

Though the sector was originally included in the general essential service designation for agriculture and some shearing was done, all aspects of the sector have now been excluded.

This meant that even those farmers who had completed shearing could no longer deliver the fibre to Port Elizabeth for sorting, testing and auctioning, he said.

“Normally, they would have their cheques within a month of delivery, but now that system has come to a standstill and they are having to stockpile their fibre on their farms.

“The result is these farmers are feeling a huge financial squeeze, which is impacting on their consideration of wages, staff and long-term commitments.”

Two local initiatives are helping to fight hunger in some of the poorest areas of Cape Town.
News
2 years ago

Stern said there were about 3,000 commercial wool and mohair farmers, who each employed about four workers, who in turn supported families — meaning 40,000-50,000 people in all were supported in the sector.

“I'm not aware of any layoff of workers at this stage, but things are tough and that is a possible scenario going forward.”

Besides the commercial wool and mohair farmers, there were many emerging farmers in the Transkei in the same sector who also could not transport their fibre to market.

Stern said while the affected farmers might not fall into the food production essential service category, they were coming off the back of the worst drought in living memory, which was in itself an emergency.

“So we feel strongly this aspect of the regulations needs to be adjusted and we’re working hard to achieve that,” he said.

“We sent a letter to the agriculture minister last week and we’re hoping she will respond soon.”

In the Gamtoos River Valley, the lockdown regulations had been instituted at the Patensie farm of Danie Malan and farming was progressing well.

Malan said he was applying strict measures on his farm but it was working well and production was continuing as normal.

Agriculture minister Thoko Didiza on Monday said a R1.2bn allocation to assist farmers grappling with the impact of the Covid-19 pandemic was to ...
Politics
2 years ago

“When the workers are in the fields they are far apart, so that’s not a problem, but they each have double sets of masks to use when necessary.

“To keep to the social distancing regulations, we have stopped our meetings in the morning and we’ve also made a change to the transport situation.

“Some other farms are a long way from where their workers live and they have a serious challenge with transport.

“But we’re lucky because our farm is close to where the guys live, so to avoid the risk posed by travelling in a vehicle together, they now walk the 2km to work instead.

“I’ve shortened the working day to allow for that.”

He said he was not losing any money at this point and had not been forced to lay off any workers.

“We’re busy with harvesting of citrus and vegetables at present and that work and the system of getting the produce to market is working well.

“Everyone knows about this virus and everyone is concerned, so we’re all happy to stick to the regulations.

“I think my workers are just happy to be able to carry on and to have a job.”

DA MP Annette Steyn said agricultural input costs were high and the majority of small- and medium-scale farmers would have a turnover of more than R1m.

“This means that medium-scale farmers have been excluded from this much-needed funding despite the devastating impact of the recent drought and the lockdown regulations on their finances.”

Applications to apply for the relief close on Wednesday April 22.