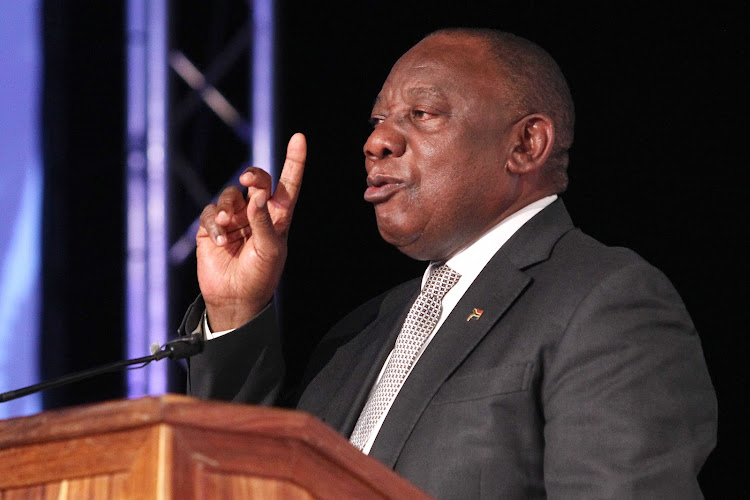 President Cyril Ramaphosa is expected to share more details on efforts to revive the economy and whether the lockdown will be partially lifted.
Image: Thapelo Morebudi

The Western Cape now has the highest number of Covid-19 positive cases in the country as the death toll climbed to 75 by Thursday evening.

Gauteng has 1,252 confirmed cases of Covid-19 while the Western Cape has 1,279 cases, the health ministry said on Thursday.

As testing for the virus is significantly ramped up, it emerged on Thursday that there were 318 cases confirmed since the previous figures were released on Wednesday.

This was the highest number of positive infections recorded in a day.

SA is fast approaching the 4,000 mark with the total number of infections having increased to 3,953.

The health ministry said community screening and testing was yielding positive results by quickly detecting those who were infected.

“We are observing a steady increase in the number of positive cases. While this concerns us, we are also pleased that the intensified community screening and testing campaign is assisting in finding more Covid-19 positive patients,” the ministry said.

“This allows us to take the necessary actions such as isolation, quarantine or hospitalisation if required. The epidemiologists also continue to analyse these trends in order for the country to better understand the impact of the outbreak as it unfolds.”

The death toll, however, also continued to rise.

Ten new fatalities were reported on Thursday, raising the total to 75. The majority of them, six, were in the Western Cape. Two deaths were recorded in KwaZulu-Natal, one in Gauteng and one in the Eastern Cape.

“It is also notable that [on Thursday] the Western Cape has surpassed Gauteng’s confirmed cases and now has the highest number of Covid-19 positive cases in the country.

“A further analysis is being done as we are observing outbreak clusters in the Western Cape. This means that a large number of people who operate and interact in the same area [such as factories or shopping centres] are testing positive.”

There were no new infections recorded on Thursday in the Northern Cape, Limpopo, Free State and Mpumalanga.

The health ministry said people were heeding calls by government to participate in mass screening and testing.

“This is well reflected in the increasing numbers of people who have been screened to date, which is 3,633,037. Of the individuals screened, 24,174 have been referred for testing.”

Thursday is D-Day for SA's plans to ease lockdown

South Africans will know on Thursday about the government's plans to ease the nationwide lockdown.
News
2 years ago