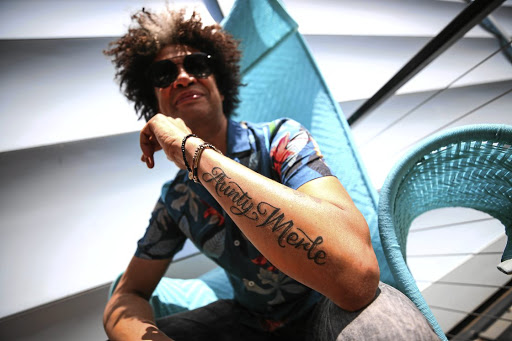 Top actors in Cape Town are recording school set-works and other books and plays as a service to schoolchildren and arts lovers during the lockdown.

The Baxter Theatre Centre in Rondebosch, which, like other theatres nationwide has “gone dark” during the Covid-19 pandemic, is making the recordings available to supporters and radio stations under the Baxter Radio banner.

Contributors include comedian Marc Lottering, who has recorded Yusuf Daniel’s award-winning book Living Coloured (Because Black and White Were Already Taken), short stories about growing up on the Cape Flats.

Matric pupils will be able listen to the isiXhosa set-work Buzani Kubawo, co-ordinated and directed by Faniswa Yisa and featuring 14 actors.

Classic plays such as Harold Pinter’s Landscape and Herman Charles Bosman’s Street Woman will be performed by Jennifer Steyn and Nicky Rebelo.

All told, 40 artists have contributed, and by offering the recordings to radio stations as free content, they hope to reach a wider audience and bridge the gap for communities who do not have access to the internet.

Baxter CEO and artistic director Lara Foot said she was concerned about artists losing their incomes during the lockdown and pupils without internet.

“I wanted to find a way for The Baxter to bridge the gap and create a platform that would contribute to a solution for both these challenges,” she said.

“I’m not a fan of live-streaming because I believe that theatre doesn’t exist without the special connection between actor and audience. To distil theatre through a screen is what I call anti-theatre.

The main road which runs for several kilometres through Cape Town’s southern suburbs is normally abuzz with activity which ebbs and flows at ...
News
2 years ago

“However, the old and trusted medium of radio asks the audience to listen and engage, which is comparable to the form of theatre.

“When I listened to the first editions of Baxter Radio, I was delighted and moved, and fondly remembered my childhood obsession of listening to stories on the radio.”

The recordings include award-winning books, classics and new plays written for Baxter Radio.

A statement from the theatre on Thursday said recordings would be available to “Baxter Coffee Angels”, who commit to “Buy The Baxter a cup of coffee every month” for R30 or more.

“Donating to this campaign is simple and will enable the iconic theatre to continue creating cutting-edge and new South African works and support talented artists,” said the statement.

Passion Play postponed for only the fourth time in 400 years

The Bavarian town of Oberammergau has postponed its world-famous celebration of Christ due to Covid-19.
Lifestyle
2 years ago

For many performers and vendors, the coronavirus pandemic has meant an immediate cut in their income.
News
2 years ago