More than 1.2m screened for virus in Gauteng 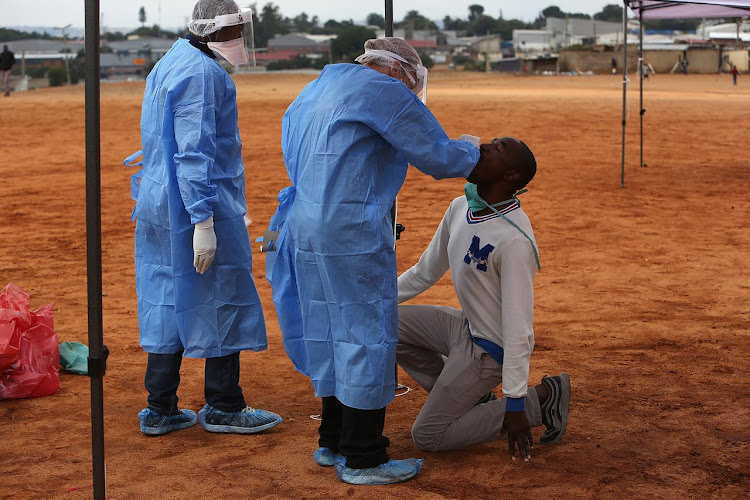 The department of health rolled out Covid-19 screening and testing stations across Alexandra township, Johannesburg on April 27 2020.
Image: ALON SKUY

More than 1.2 million people have been screened for the coronavirus in Gauteng, the provincial health department said on Monday.

“Since embarking on the large scale community screening and testing campaign at the beginning of April, 1,298,266 have been screened, which is approximated at 8% of the population of Gauteng,” health MEC Bandile Masuku said in a statement.

Masuku's office said it would do all it could to ensure that more people were tested before the lockdown in the province was possibly downgraded to level four.

On Monday, screening efforts turned to areas including Alexandra, Wynberg, Sandton, Orange Grove and Houghton. These areas have thus far recorded the most infections in Johannesburg.

On Monday, these areas combined had recorded 248 positive cases.

Those referred for screening would most likely display flu-like symptoms, be over the age of 60 or have chronic conditions such as diabetes, asthma, hypertension, HIV and TB.

65 in hospital in Gauteng due to coronavirus

The Gauteng health department said on Sunday that of the 1,304 Covid-19 cases in the province, 65 people were receiving treatment in hospital.
News
2 years ago

More than 2 million people screened for virus in Limpopo

Limpopo's health department said on Sunday that more than 2.7 million people had been screened for Covid-19 in the province.
News
2 years ago

Cuba sent 216 healthcare workers to South Africa on Saturday, the latest of more than 20 medical brigades it has sent worldwide to combat the ...
News
2 years ago